“We’ve been literally inseparable since we met,” the 46-year-old actor told the British Vogue magazine in its recent issue.

The two first locked eyes in 2017 while hanging out at a jazz bar in Vancouver, where Elba had been filming The Mountain Between Us. As The Wire star recalls, it was “love at first sight.”

“You know, I’m 47 this year, been married and lived a full life before I even met Sabrina,” he told the magazine. “It wasn’t something that I wanted to do, get married again. But…” 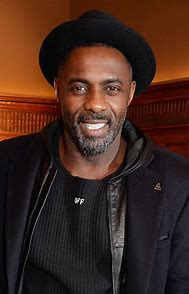 “Sabrina has deepened friendships with people I’ve known longer than [her], nurturing the best side of me to make me connect to my friends more,” he told the magazine.

This marks Elba’s third marriage. The actor was first married to Hanne Norgaard, with whom he shares his daughter Isan Elba, and then to Sonya Nicole Hamlin. He also welcomed a son, Winston Elba, with Naiyana Garth.

In February 2018, Elba proposed. The two then got married at the Ksar Char Bagh hotel in Marrakesh, Morocco in April 2019. According to British Vogue, the couple picked this location because the bride and groom’s families are from east and west Africa respectively and they wanted to meet in the middle.

Idris Elba'
Share
Subscribe to our newsletter
Sign up here to get the latest news, updates and special offers delivered directly to your inbox.
You can unsubscribe at any time