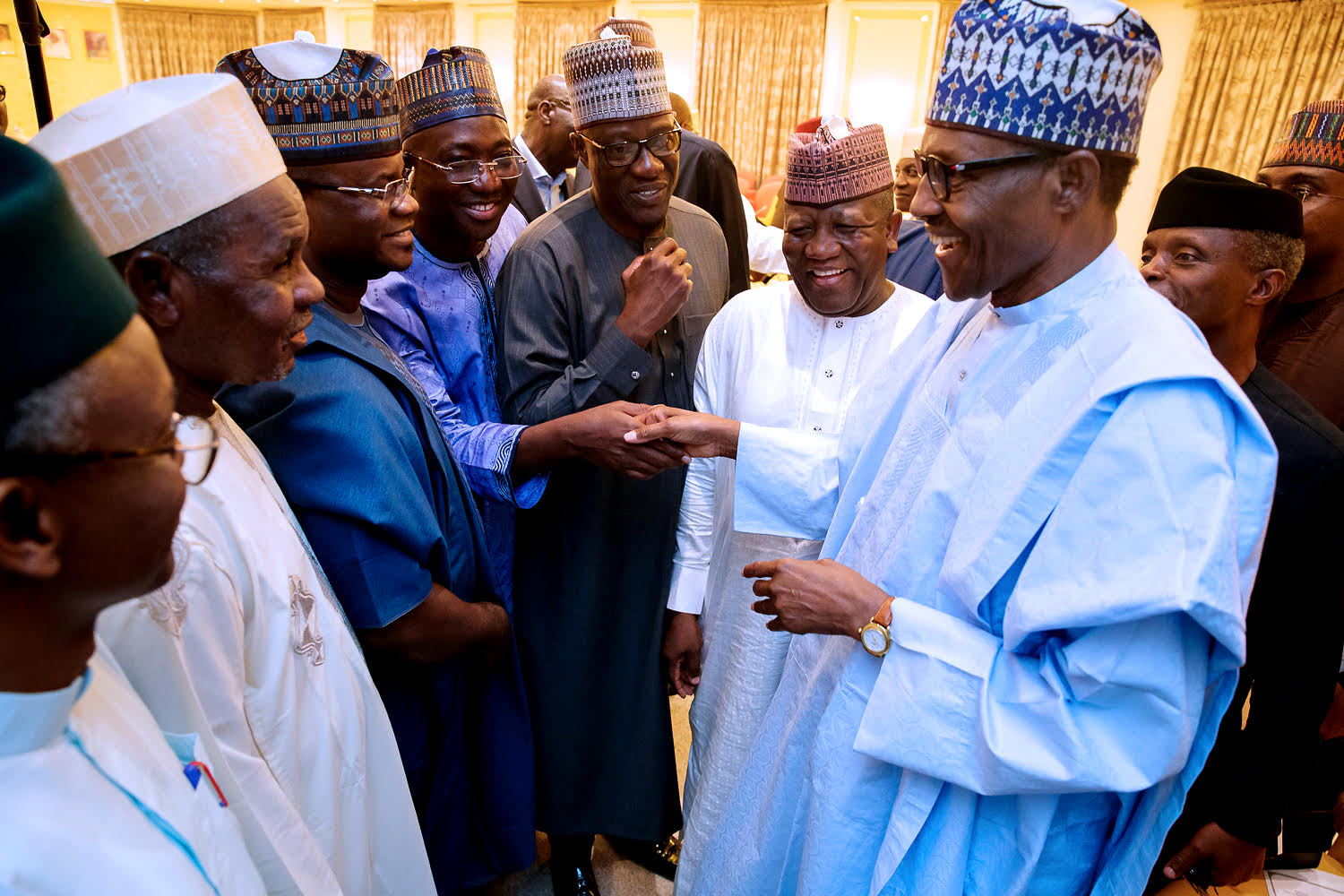 Governors under the aegis of Nigeria Governors Forum, have thrown their weight behind the implementation of financial autonomy of states legislature and judiciary, saying it will ensure Nigeria attends the highest level of transparency and openness in governance.

Chairman of NGF and Governor of Zamfara State, Abdulaziz Yari, who gave the assurance at the opening of a two-day conference on the implementation of autonomy of state legislature and state judiciary in Abuja, added that they will work with the federal government to achieve the implementation strategy and ultimately ensure fully autonomy of the legislature and judiciary at sub-national levels.

Yari, represented by Bauchi State Governor, Mohammed Abubakar, noted that though Nigeria’s democracy is 20 years old, it has not been a smooth sail, he however commended the current administration’s focus on ensuring that rough as the journey maybe, it will surely take us to the promise land.

Yari added that the condition for a sustainable democracy include the autonomy of the legislature and the judiciary.

He said: “I totally aligned with the motion that the legislature and judiciary autonomy are necessary precondition for an enduring democracy. This enhance efficiency, transparency and accountability in government. May I also assure you that the state governors are collectively committed to the enthronement of a strong and viral  democracy in Nigeria and would work with the federal government to achieve the National implementation strategy and ultimately ensure fully autonomy of the legislature and judiciary at sub-national levels.

“The NGF fully supports Mr. President reform agenda and share its passion for transparency and zero corruption. We commend the efforts of the committee in putting together this very decisive conference to see that Nigeria attends the highest level of transparency and openness in governance.”

Speaker of the House of Representatives, Yakubu Dogara, commended President Buhari  for his assent to the bill, noting that autonomy is central to the practice of democracy especially separation of powers

He also advocated for State Police, thanking  the federal government for it’s interest in the implementation of the law.

The Senior Special Assistant to the President on National Assembly matters (Senate) who is also the Secretary of the panel, Ita Enang, commended the those who attended the conference.

He said: “We are impressed by the attendant. Out of 36 states, 34 of the chief judges of the federation are here, and 31 speakers are also here in person while the rest of them are presented at this conference.

“The report and recommendation of the retreat will be submitted to President Muhammadu Buhari and the implementation at the state level will start immediately in the next one week after the resolution of this retreat.”

On what the implementation portends for governance at the state level, Enang said: “What it portends is that the judiciary will be able to deliver the judgement without fear or favour and that their allocation will not be released to them or their salaries will not be paid, the court will not be renovated, or the chief judge will be removed or any judge will be removed. And the legislature will be able to legislate without fear that the government will have a hold on them in terms of withholding their allocation. Because, money due to the judiciary will go to the account of the judiciary directly and money due to the legislature will go to the account of the legislature directly.

Benue state governor, Samuel Ortom, on his part said autonomy of both legislature and judiciary will strengthen democracy.

He said: “I appreciate to Mr. President for setting up the implementation committee. The executive, legislature and judiciary are all here and so issues that pertains to implementation will be resolved right here and then we can pick up successfully. One thing is that we must learn and respect our constitution, once laws are in place, we have no choice but to comply because that is the only thing that will lead us to greater height. If we refuse to obey our laws then we are calling for chaos and anarchy and when anarchy comes nobody will be safe. So I welcome this retreat because at the end of the day all of us will take something home.”

Bauchi Governor on his part said, “This is a one in a life time retreat actually. The amendment of the constitution to confer autonomy on the states legislature and the states judiciary is a milestone and that is why the Nigeria Governors Forum has keyed in fully to this retreat, so that we can contribute and assure Nigerians that we are together with Mr. President in this bid to reform governance in Nigeria.”

Asked if Governors are willing to grant the resources fully to the legislature and judiciary as advised by the speaker of the house or representative, Mohammed said: “The state judiciary under my watch has not had it any better because I happen to come from the same constituency. Growing up in the  service of Bauchi state, I was at one time legal drafting department of the Bauchi state house of Assembly during the second republic. So, I have had experience in all the three arms of government and we (Nigeria Governors Forum) are completely with the president.

Clement Nwankwo, Executive Director. Policy and Legal Advocacy Center (PLAC) described as dangerous a situation where the legislature is crippled and unable to function.

He said: “A situation where the legislature which actually makes the distinction between democracy and dictatorship are crippled and made unable to function worsens the reality that democracy represents. And I think it is very commendable that the National Assembly took the initiative. I’m delighted that the chairman of the committee on constitution review in the senate, Ike Ekweremadu who has been prominent in taking this lead in getting this passed as well as the Speaker of the House of Representatives have done so much to ensure that several provisions of the constitution were amended.

“Unfortunately only a few clauses of what the National Assembly passed were assented to by Mr. President but this is very critical in terms of strengthening our democracy. That our legislature is able to function as an independent arm of government, able to moderate the excesses of the executive, particularly at the state level where the development  and the transparency of government is very limited.

“So, it is important that we commend the president of the committee for taking the implementation of the autonomy of state legislatures quite seriously and ensuring that they can really function in a way that supports our democracy and enhance the plurality of democracy at the state level.

“The judiciary is also very key. We have all been worried about the effectiveness of the judiciary and its ability to be independent. A democracy without an independence judiciary that is able to obliterate  the conflict in government and the injustices that people suffer is a danger and a lot of concern for those of us working in the human rights sphere. An effective judiciary with the capacity to administer justice without fear or favour is really important for our democracy. It is important that the judiciary is able to carry out its role and function, unfettered and unhindered in its ability to do so.

“We urged the governors who are in the states to work with this committee to ensure that fruits and benefits of these amendments by the National Assembly come to happen.”

The the retreat on strategies and modalities for the implementation of financial autonomy of the state legislature and state judiciary  is to deliberate and articulate an effective national implementation strategy in the matter.

Nigerian Governors
Share
Subscribe to our newsletter
Sign up here to get the latest news, updates and special offers delivered directly to your inbox.
You can unsubscribe at any time