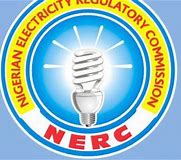 Nigerian Electricity Regulatory Commission (NERC) said Abuja Electricity Distribution Company’s (AEDC) failure to comply with the Electric Power Sector Reform Act which resulted to 12 electricity accidents within the AEDC network between 2018 and 2019, one of which killed the boy in Abuja.

However, N50 million out of the said amount will go to the deceased boy’s family, while the remaining N250 million will go to NERC as fine for several infractions committed by the distribution company.

In an order uploaded on the regulator’s website  and jointly signed by its Chairman, James Momoh and Commissioner Legal, Licencing and Compliance, Dafe Akpeneye, NERC said it expects that AEDC would by May 20, 2019 pay the N250 million in sanction to the commission, and would by May 20 pay the compensation to the young boy’s family.

According to NERC, “Section 63 (1) and (2) of EPSRA imposes an obligation on the holder of an electricity distribution licence to comply with the terms of issuance of the licence, regulations, codes and other requirements issued by the Commission.

“Condition 18 (1) of the distribution licence imposes an obligation on AEDC to take all reasonable steps to protect persons and property from injury and damage that may be caused by the licensee when carrying out the licensed business.

The AEDC confirmed receiving an order from the regulatory agency and said its legal team are studying the document.

“We confirm the receipt of the NERC Order No. NERC/GL/169 wherein the Commission ordered AEDC to pay the sum of N300m. We are studying the document for a full understanding of the content,” the AEDC Spokesperson Oyebode Gboyega in Abuja, on Wednesday.

Nigerian Electricity Regulatory Commission
Share
Subscribe to our newsletter
Sign up here to get the latest news, updates and special offers delivered directly to your inbox.
You can unsubscribe at any time

Cost of servicing Nigeria’s debt grew 23.65% in 2018, as country grapples with struggling economy