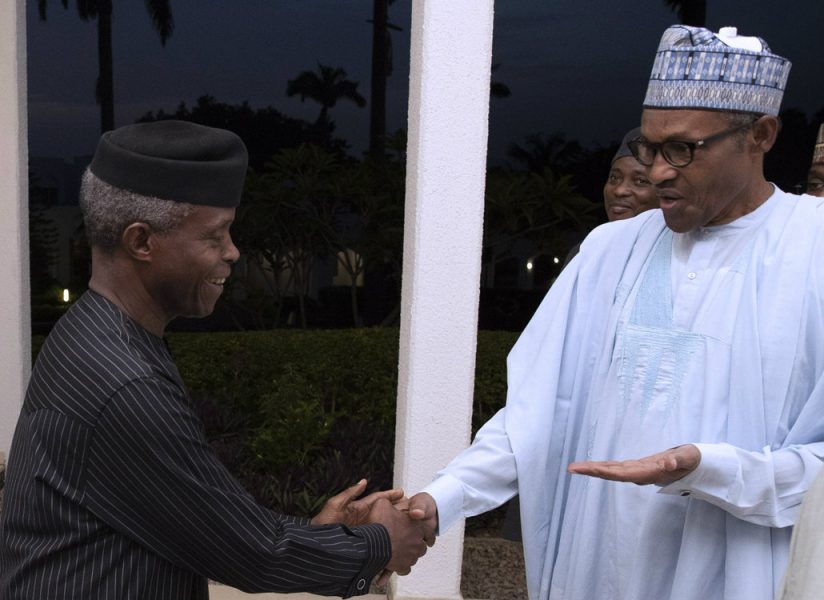 It was a rare public demonstration of the President’s affection and endorsement of his deputy, and he spoke generously and ex tempore, straight from the heart.

President Buhari spoke Monday night at the breaking of fast at the Presidential Villa, Abuja, when he hosted top government officials on Monday. He said the programmes driven by Prof Osinbajo have been “very successful”. According to the President, his deputy was ahead of him in pushing for the programmes as he was initially reluctant.

He said programmes like TraderMoni, MarketMoni, School Feeding Programme and other SIPs have reduced poverty and out-of-school pupils in Nigeria since implementation began.

“When I drive around the country, what upsets me the most is the state of poor people in this country. You see young people, the almajiris with torn clothes and plastic bowls. They are looking basically for what to eat.

“The question of education is a luxury. I think that the Nigerian elite are failing because I think we should have a programme that will at least guarantee some basic education for people no matter how poor they are.

“So, I welcome the Vice President’s initiative on feeding in schools. If you check in some of the communities the attendance in schools has improved because a lot children can get at least one good meal a day. But culturally, some elites are merciless; they don’t care about other people.” 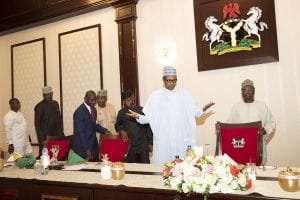 He added that, “This MarketMoni, I have warned the Vice President that I don’t want him to be mobbed. The way women in the markets move to welcome him.

“These are very good initiatives, I must admit that they endeared many people to our government. The free meals, the N5,000, (Conditional Cash Transfer), N10,000, (TraderMoni) are fantastic programmes and I must admit that the Vice President did it and they have been very successful,” he said.

He then charged Nigerians to embrace peace and unity during and after the Ramadan. “For the remaining (I don’t count because it is still long before Ramadan ends) weeks, I wish you and your families a very good Ramadan, and may God give us the strength to last through,” President Buhari said.

Prof. Osinbajo, who spoke on behalf of the members of the cabinet, said that regardless of ethnic and religion affiliations Nigerians must continue to be their brothers’ keepers and must work towards building a united nation.

“I think is auspicious that this particular (end of) Ramadan falls at the eve of the new term in office.

“So, it is an opportunity for us to remind ourselves over the core mandates which is the welfare and security of majority of our people,’’ he said.

BuhariOsinbajo
Share
Subscribe to our newsletter
Sign up here to get the latest news, updates and special offers delivered directly to your inbox.
You can unsubscribe at any time