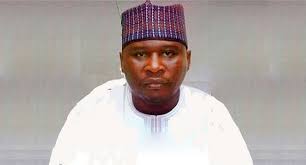 In a historic victory, the candidate of the Peoples Democratic Party (PDP) Ahmadu Umaru Fintiri has defeated incumbent Governor Muhammadu Umaru Jibrilla (Bindow) of the All Progressives Congress (APC) in the Adamawa governorship polls.

The odds were against Fintiri, when he set out to challenge the incumbent.

The Returning Officer of the Independent National Electoral Commission (INEC), Professor Andrew Haruna said Fintiri, having scored the highest votes and satisfied the requirements of the law, is hereby declared the winner and is returned elected.” 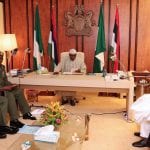