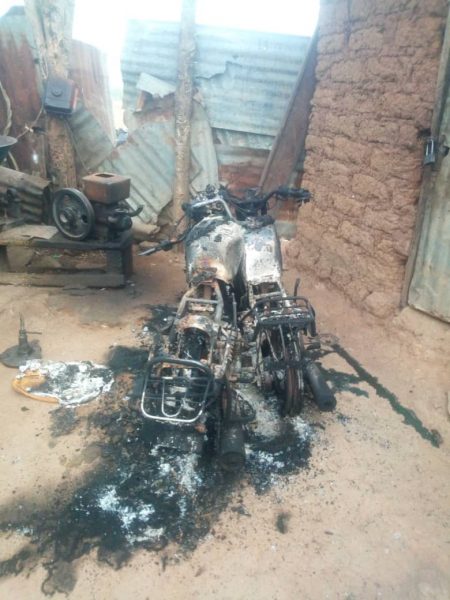 Abuja – The quiet village of Nandu-Gbok in Sanga Local Government Area of Kaduna State is now in ruin as gunmen suspected to be Fulani herdsmen in the early hours of Saturday launched an attack on the community during which at least 10 persons were killed with several others injured.

This is just as over 30 houses are reported to have razed down by the suspected terrorizing Fulani bandits.

This was confirmed in a statement by the member representing Jema’a/Sanga Federal Constituency in the National Assembly, Hon Nicholas Garba, who noted that the ugly incident and unwarranted attack is coming while the people of Southern Kaduna are mourning and trying to deal with the devastating massacre wrought on the Adara people in Kajuru Local Government Area.

Garba said the inhuman attack has once again brought to the fore the plight of the indigenous people of Southern Kaduna.

According to him; “About 10 bodies have been recovered and about 30 Houses confirmed burnt down. The Chairman of the Local Government Council and other stakeholders are assessing and trying to deal with the unfortunate situation.

“I am appealing to our Communities to remain calm and not to contemplate any reprisal action.

While condoling with the families of the victims and the people of Sanga Local Government Area, he appealed to security agencies in the state to reinforce their presence in Sanga especially in the affected community with the aim of stopping further attack and fishing out the perpetrators of the heinous crime.

Garba further said; “I am also appealing to Sanga Local Government Council and the State Government for immediate provision of relief materials for the displaced victims.

“The renewed and ferocious attacks on communities in Southern Kaduna calls for the urgent attention of the Nation and the International Community. Our communities are helpless and are pleading that all persons of conscience should speak out.

Kaduna Kilings
Share
Subscribe to our newsletter
Sign up here to get the latest news, updates and special offers delivered directly to your inbox.
You can unsubscribe at any time