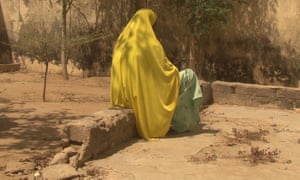 Rashida Muhammad, a house wife in Dorayi Quarters, Kano, has been arrested by the Police for allegedly pushing her husband to his death on the stairs.

According to Police Public Relations Officer, Deputy Superintendent of Police Abdullahi Haruna, Rashida who suspected her husband, “Adamu Ali” was having a phone conversation in the room with his girlfriend, engaged him in a fight.

During the altercation, she attempted to snatch the phone from her husband and ended up pushing him from the stairs to his death.

Haruna, who said that the victim was confirmed dead at the Aminu Kano Teaching Hospital, added that the command has commenced an investigation in the matter.

The incident happened around 8pm on February 25th.

Rashida Muhammad
Share
Subscribe to our newsletter
Sign up here to get the latest news, updates and special offers delivered directly to your inbox.
You can unsubscribe at any time