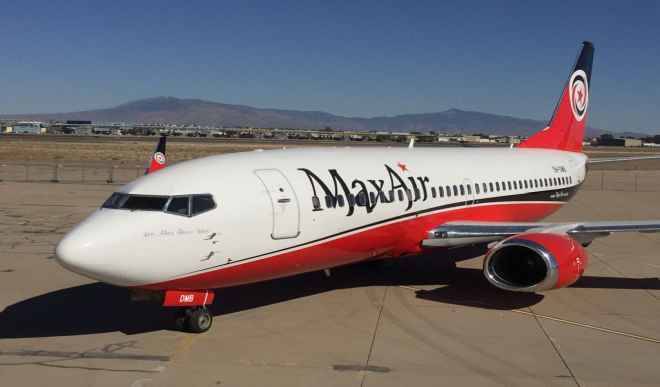 Max Air a Nigerian airline says it could pull its business out of the UK after one of its pilots was arrested by immigration officials on suspicion of being a stowaway and threatened with deportation.

Captain Adam Dilli Ibrahim was detained for questioning, fingerprinted and photographed before being told he would be forcibly removed – even though pilots do not legally require leave to enter the UK for seven days or less.

Max Air, which is based in Nigeria, condemned the move by the U.K border staff at Bournemouth International Airport as an example of the Home Office’s “hostile environment policy”.

Max Air says the airline is now losing £180,000 a day because they cannot find another pilot to fly the plane after Captain Adam Dilli Ibrahim, 36, returned home voluntarily on another flight.

Frank Unokesan, whose company is responsible for maintaining Max Air planes, told The Independent that there had been a ‘long history’ of problems with immigration officials.

“Whenever they see a green (Nigerian) passport they have doubted they are the captain and believe he is a stowaway, that’s their mindset,” he said.

“The captain has done nothing wrong. I feel terrible, I feel ashamed. It is so much bureaucracy.”

Mr Unokesan compared it to the problems suffered by other Commonwealth citizens under the so-called “hostile environment” set up by Theresa May when she was home secretary.

“That’s the way I see it,” he said. “I would have thought with Brexit the UK would try and make more friends but now they are kicking us in the teeth.

“I don’t know what kind of government they are running.”

Max Air may now avoid the UK in future and take its business to Germany, which has allowed pilots to stay for up to three months without any problems, he added.