Atiku ought to be in jail, not running for president 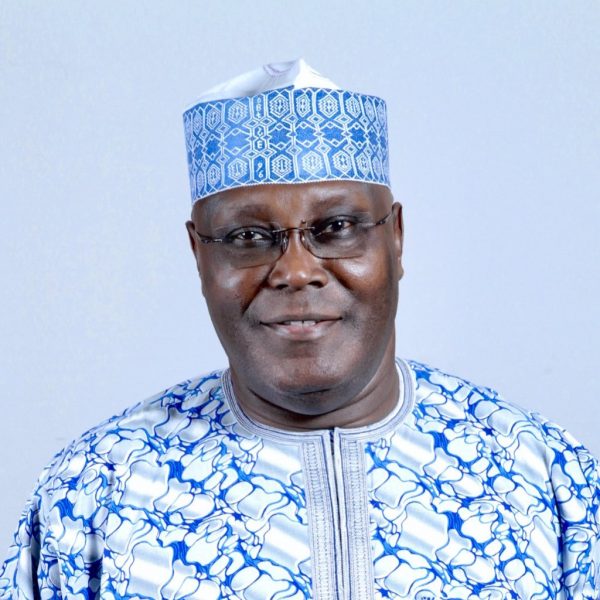 With a record of lying, defrauding and corruption, Atiku Abubakar should be going to jail, not becoming president, said President Muhammadu Buhari Campaign Organization.

” If the system in Nigeria was indeed working, Alhaji Atiku Abubakar would not have run a monopolistic company called INTELS all these years, ripping off the Nigerian people and the Nigerian State before Muhammadu Buhari came and broke that monopoly, said the statement signed by Festus Keyamo.

” Our attention has been drawn to a statement credited to the Presidential Candidate of the People’s Democratic Party, Alhaji Atiku Abubakar disputing the assertion by President Muhammadu Buhari that the system in Nigeria allows corruption to thrive because the system is slow in tackling corruption. Alhaji Atiku Abubakar further blamed President Muhammadu Buhari for perceived failure in addressing some instances of ‘corrupt practices’ under his watch.

” Let us remind Alhaji Atiku Abubakar that he is one of the greatest beneficiaries of the failed system in tackling corruption that was in place before President Muhammadu Buhari took over in 2015. We know he is aware of this, hence his latest diatribe against President Muhammadu Buhari amounts to nothing but disgusting grandstanding and an attempt to mock the system.

” If the system in Nigeria was indeed working, Alhaji Atiku Abubakar would not have acquired substantial shares in INTELS in clear conflict of his duties as a Customs Officer whilst in office. Those shares would have belonged to the Nigerian people by now.

” If the system was working, Alhaji Atiku Abubakar would have been prosecuted and jailed for various acts of corruption and abuse of office after he left office as Vice President, some of which are:

(a) For himself and his boss, President Olusegun Obasanjo, granting themselves licenses to build universities as President and Vice President whilst in office in clear breach of the Code of Conduct for Public Officers. Those Universities would have been probed, seized and transferred to the Nigeria State and the Nigerian people by now.

(b) Laundering slush funds to the United States of America using phony companies, part of which was used to fund his present American University in Adamawa State through which he is also extorting Nigerians through exorbitant fees. It is public knowledge that this indictment is contained in a US Congressional Report that has led to the prosecution and conviction of his accomplices in the US, which are William Jefferson and Siemens. They were convicted under a system that works, whilst he has been walking free in Nigeria and even aspiring to the highest office in the land. It is also public knowledge that his ban from entering the United States was as a result of these indictments.

(c) His indictment and recommendation for prosecution by the Report of the EFCC over the PTDF scandal whilst he was Vice President.

” There are so many other instances too numerous to mention. These are a world apart from the few instances of the reluctant fight against corruption that Alhaji Atiku Abubakar claimed happened under his watch as Vice President. During his time, there was a competition for corruption between himself, his boss and public officers.

” We also urge the PDP to stop making wild, unsubstantiated allegations of corruption without a modicum of proof. We have no time to respond to any allegation by the PDP without the backing of some kind of document or proof. When we see some scintilla of proof, we shall respond appropriately. And that is how we have treated the recent allegation of acquisition of shares in Etisalat and Keystone Bank by some supposed ‘family members’ of the President. No name was mentioned and no document was shown.

Alhaji Atiku Abubakar cannot eat his cake and have it, said the statement.

Atiku Abubakar
Share
Subscribe to our newsletter
Sign up here to get the latest news, updates and special offers delivered directly to your inbox.
You can unsubscribe at any time