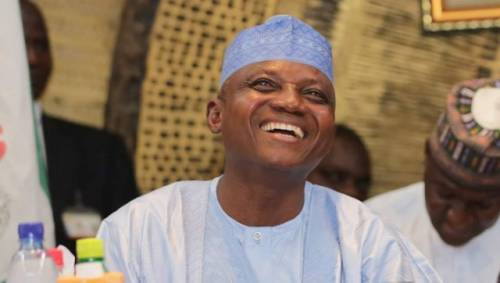 The Presidency Wednesday launched a brazen attack, no matter how it is cloaked, on former president Olusegun Obasanjo.

Speaking to journalists in Abuja on Wednesday, Garba Shehu, said the former leader is fixated on his own celebrity, anxious about losing his status and contemptuous of those who fall from grace.

He said that whoever Obasanjo chooses to support at the 2019 elections is irrelevant, as the former president had publicly changed his mind on the matter so many times over the past few months alone.

“Former president Obasanjo denounces one person today and supports that same person the next day.

“When it pleases him, he brings God into the matter and uses that as his excuse for whatever position he has chosen,” he said.

Shehu added that he was not surprised that newspapers reported Obasanjo expressing neutrality at a weekend forum, only for the former president to express a completely different stance after a day or two.

“We have learnt not to take his utterances seriously anymore.

“We know that the slightest wind can make him change his mind again. After all, this is the same man who publicly tore his party registration card barely four years ago, and he now claims to be backing the same party,” Shehu said.

The attack indicate that the former leader’s status had waned. His star had dimmed.

Obasanjo had expressed support for the PDP’s candidate for President Abubakar Atiku.

Presidency says 'Confused' Obasanjo is a liabilityShehu Garba
Share
Subscribe to our newsletter
Sign up here to get the latest news, updates and special offers delivered directly to your inbox.
You can unsubscribe at any time

Jubril,Minister of environment resigns, to resume as new emir of Nassarawa