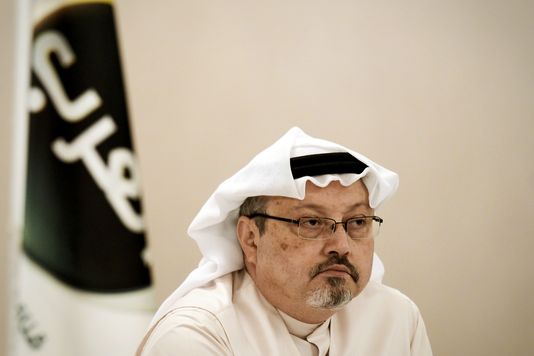 Canada’s foreign minister announced sanctions Thursday against 17 people she said were “responsible for or complicit in” the murder of Washington Post columnist Jamal Khashoggi, killed in Saudi Arabia’s consulate in Istanbul last month.

“The murder of Jamal Khashoggi is abhorrent and represents an unconscionable attack on freedom of expression and freedom of the press,” Foreign Affairs Minister Chrystia Freeland said while in Buenos Aires preparing for the G-20 summit. “Those responsible must be held to account.”

The sanctions, similar to those adopted by the United States, freeze any assets the 17 might have in Canada and prohibit them from entering the country.

Freeland also said her nation was reviewing its deals to sell armored vehicles and other military equipment to Saudi Arabia. She said the summit will provide an opportunity for allies to discuss Khashoggi’s murder and determine what steps might be taken.

“This case is not closed,” Freeland said. “Canada continues to call for a credible and independent international investigation.”

Turkish authorities say Khashoggi was strangled to death and his body dismembered – and that the hit squad was sent by the “highest levels” of the Saudi government. That has cast the spotlight on  Saudi Crown Prince Mohammed bin Salman, who manages the Saudi government and was expected to one day succeed his father as king.

The Washington Post and other news outlets have reported that the CIA concluded the crown prince ordered Khashoggi’s murder. The Saudi royal family, however, has denied ordering Khashoggi’s killing or knowing about it in advance.

Khashoggi, 59, had gone to the consulate to obtain paperwork for his upcoming marriage. His subsequent disappearance directed severe scrutiny on the kingdom.

Jamal Khashoggi
Share
Subscribe to our newsletter
Sign up here to get the latest news, updates and special offers delivered directly to your inbox.
You can unsubscribe at any time