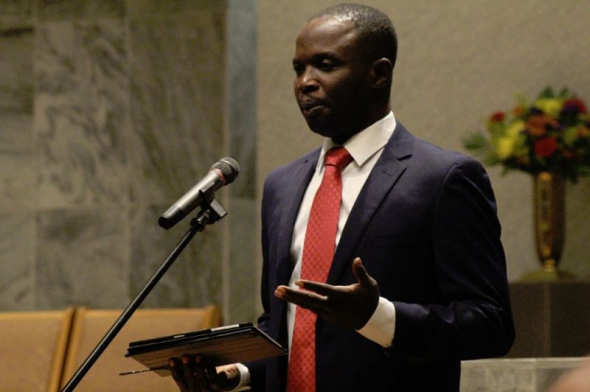 The federal government is “aiding and abetting” the terrorist group Boko Haram by releasing captured militants who have “repented,” an activist has said.

Human rights activist Stephen Enada, who fled from persecution in Nigeria in 2016 and was granted temporary non-immigrant worker status in the United States, spoke on Saturday night in front of hundreds of Americans in an event hosted by the nonprofit group One Body in Washington, D.C.

Enada, said Boko Haram has made a name for itself as one of the world’s deadliest terrorist outfits, the Nigerian government appears to be paying “lip service” to the terrorist group,

“It has been explained away by the government that Boko Haram has been decimated,” Enada, co-founder of the International Committee on Nigeria, explained. “But that is not true because most of the attacks on soft targets are still going on.”

“It is not eradicated. If the government says that Boko Haram has been eradicated, that is a big lie,” Enada said. “I keep on telling people that when you talk about these insurgents in Nigeria, our government has actually paid some lip service to it.”

“It is like sort of a granting the terrorists amnesty,” Enada explained. “That just tells you that this is really showing that the government of Nigeria is actually aiding and abetting these folks. These are folks that have unleashed terror on the community and now at this time, the government is taking it upon themself to set them free.”

As recently as two months ago, Enada explained, the government released about 500 suspected Boko Haram insurgents.

In January, the government released 244 “repentant” Boko Haram suspects who have undergone rehabilitation.

“At the end of the day, it shows that these insurgents are actually supported, or maybe the government gives them comfort,” Enada contended. “So now, it just shows anybody anywhere in the world that it is good to terrorize. Afterall, if [the terrorists] say [they] have repented, they will be granted a reprieve or they will be reintegrated into community.”

In February, the government released about 475 suspected Boko Haram suspects. According to Reuters, the government was not able to charge them with crimes “due to lack of sufficient evidence against them.”

“Our judicial system is clear that criminal elements and terrorist activities are subject to prosecution,” he continued. “For government not to submit these insurgents for prosecution means they are obstructing justice.”

Enada said there isn’t much information available on what has happened with the Boko Haram suspects that have been released from detention. He said he doesn’t know if they have been integrated into society or if they are planning to regroup and “unleash terror again.”

Enada, who fled from Nigeria after his cousin was killed by Fulani herdsmen in the Benue state, said that Fulani herdsmen have taken after radical groups like Boko Haram in the last seven or eight years.

The International Committee on Nigeria is calling on the U.S. to send a special envoy to Nigeria to help in “coordinating an adequate response to the crises in Nigeria” and “counter the increasing violence in Nigeria.” 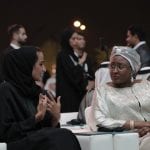 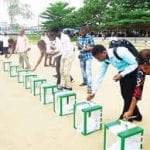