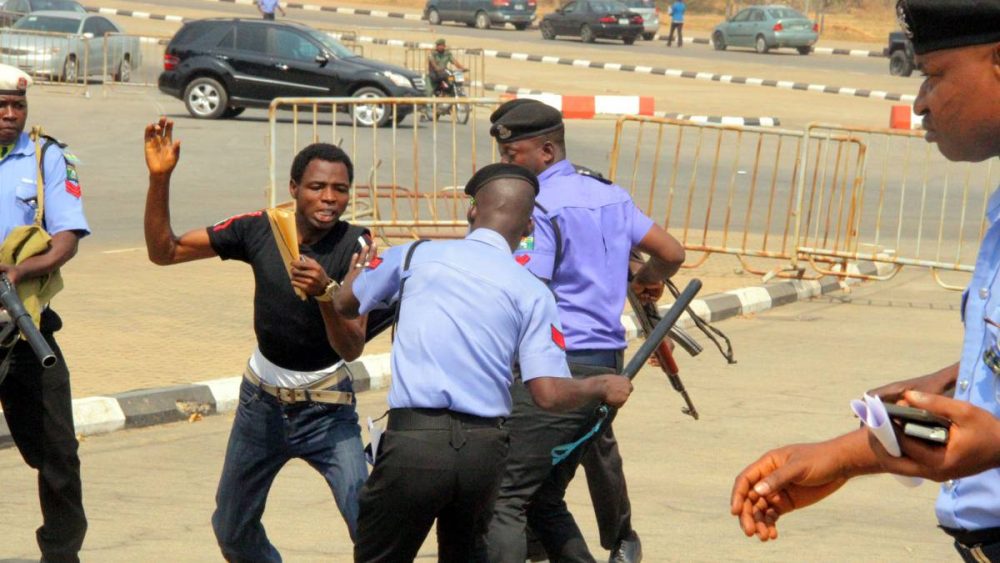 If Ray Morphy was a member of the Ibrahim El-Zakyzaky-led Islamic Movement of Nigeria, MN, his article published on the back page of the Leadership on Wednesday October 31 would have been logical, as it would be truly in character. But I am not sure he is, judging from his name, unless of course it is a pseudo name.

Quoting copiously from the United Nations Human Rights Charter and putting emphasis on article three of the charter which says: “Everyone has the right to life, liberty and security of persons,” Morphy declared authoritatively that Nigeria under President Muhammadu Buhari was in gross violation of this right.

He stated: This article three happens to be the most abused or neglected in recent times in our nation, thus a need for all of us, both as citizens and as leaders to once again acquaint ourselves of this inalienable right.”

And his reasons are the killings that have taken place in different parts of the country. He claimed the killings from “Zamfara to Delta, from Benue to Taraba, from Kaduna to Ekiti” are similar in nature and the stories are the same.

Then he zeroed it down to the crux of the article-the Shiite. He said while the killings in other parts of the country were largely committed by citizens against other citizens, the killing of Shiites were done by state actors, which he saw as a violation of their fundamental right to life.

He suggested, rather conclusively, that the Nigerian Military should be reminded that the UN Charter recognizes the right of citizens to worship how they deem fit. “The Shiite to the best of my knowledge are covered by the Right of Freedom of Worship and should not be targeted or profiled on account of their religious leaning. Morphy went on to quote other articles of the charter which gave protection to groups like the Shiites.

If the article titled: “Do Nigerians Still Have Right To Life?” is meant to be an intervention to promote the rule of law in the country, I dare say it failed woefully. The article looked at the UN human rights charter in isolation of the Nigerian constitution which also protects everyone against exercising one’s rights in ways that infringes on the rights of others.

First, let me say that his classification of the killings across the country as similar in nature smacked of intellectual laziness, and his analysis lacked the rigorous logic of informed commentary. It is obvious to most Nigerians that the killings have different local colourations, and not many will deny that some of these conflicts had long existed before the advent of the Buhari administration.

Moreover, it is undeniable that some of the unfortunate killings of innocent Nigerians have been promoted by the reckless rhetoric of some of our politicians and religious leaders, especially in the North Central states of the country. Opposition politicians desperate to return to power have preyed on existing fault-lines in the country for political capital. But that is a subject for another article.

Now let us revisit the argument on the treatment of the Shiites. Let us be sure of what we’re talking about. Governor Nasir El-Rufai of Kaduna State has revealed that the Shiites are divided into about three groups in Nigeria. But the one that has had confrontations with the military is the sect led by El-Zakyzaky-the fiery Zaria-based Islamic preacher who El-Rufai claimed was his classmate at the Ahmadu Bello University, Zaria.

It is dishonest and greatly mischievous for anybody, including the Shiite groups to allege that their right to worship and associate freely has been breached by the Nigerian state.

In December 2015 when the military clashed with members of the sect in Zaria, it was because the sect took the laws into it hands by barricading the highway and preventing the convoy of the Chief of Army Staff from using the road. A video shot of this encounter was recorded by the reporter of the NTA who was on the entourage and shown on television to all Nigerians.

A statement by the Army said members of the sect carried dangerous weapons and made bonfires on the road, and all attempts to engage them responsible failed. The statement signed by Sani Usman, Army Spokesman, added that explosions were heard around the convoy and troops had no choice but to defend the convoy. .

“This is in line with the Nigerian Army Rules of Engagement and Code of Conduct. This kind of behaviour will not be tolerated from any individual or groups and should not be allowed to repeat itself,” the statement said.

Although the group described the army statement as “blatant lies,” it never denied that its members barricaded the road and refused to open it for use. While the loss of lives during the encounter was regrettable, it must be emphasized it was the Shiites who chose to confront the Nigerian military.  Residents of Zaria will readily attest to the fact that the El-Zakyzaky group had become a law onto itself and established itself as a parallel government in Kaduna State.

Just recently, the group re-enacted its characteristic lawlessness when it illegally took over access roads to Abuja in the name of peaceful demonstration against the incarceration of their leader. Both the Zuba and Nyanya entry point to Abuja were blocked, forcing commuters to trek long distances while motorists spent hours on the road. To make matters worse, they resisted peaceful attempts by security forces to disperse them, which forced a confrontation that unfortunately caused the death of some citizens.

Instead of blaming the government or the military, any patriotic and law-abiding Nigerian will be worried about the Shites disrespect for government institutions and constituted authority. No one has taken away the Shiites right to life and freedom to worship. Instead, it is the El-Zakyzaky Shiites that wants to take the right of Nigerians to move freely by their lawlessness and siege mentality. The Shiites led by El-Zakyzaky has constituted itself into a grave security risk to the wellbeing of this country.

Those who are too hate-filled to appreciate what the Buhari administration is doing now may bite their fingers in regret when Buhari leaves the scene. This is the time Nigerians must in unison tell El-Zakyzaky and his group that they also have right to life and liberty.

Hamza wrote in from Kaduna

Nigerians Have Right To Life and LibertyYes
Share
Subscribe to our newsletter
Sign up here to get the latest news, updates and special offers delivered directly to your inbox.
You can unsubscribe at any time