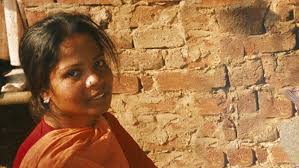 The Pakistani Supreme Court Wednesday overturned the conviction of Asia Bibi, a Christian mother facing execution for blasphemy, in a landmark case which has incited deadly violence and reached as far as the Vatican.

Bibi appeared to be in state of disbelief after hearing that Pakistan’s Chief Justice Saqib Nisar had quashed her conviction nearly eight years after she was first sentenced to death.

“I can’t believe what I am hearing, will I go out now? Will they let me out, really?” Bibi told AFP by phone from prison after the ruling.

Meanwhile, roads were blocked in major cities across the country as religious parties continued to protest for a second day on Thursday following the Supreme Court verdict acquitting Asia Bibi. Although, most of the routes that were closed a day earlier in Karachi, Lahore and Islamabad have now been opened for traffic, some are still blocked. 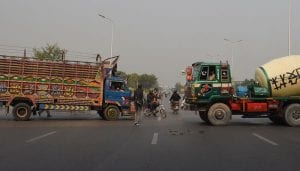 In Karachi, traffic has been blocked at 15 places owing to the ongoing protests.

Teen Talwar, Star Gate at Shahrah-e-Faisal, Numaish, Liaquatabad No 10, Sohrab Goth, Korangi No 5, Bara Board, Baldia No 4, Ranchor Line, Shoe Market and New Karachi have been blocked for traffic.

Roads from Askari X and Bhatta Chowk to the Allama Iqbal International Airport have also been blocked leading to difficulties for passengers.

In Peshawar, protests are being staged at the Ring Road and GT Road. Roads leading to the motorway have also been blocked.

On Wednesday, following the protests, Section 144 was imposed across Punjab, Sindh and Balochistan barring the gathering of more than four persons in public places as well as pillion riding. Section 144 has been imposed till November 10.

All educational institutes across Punjab will remain closed today in light of the traffic and law and order situation in the country, a spokesperson for the provincial government confirmed.

In Sindh and Khyber Pakhtunkhwa, however, only the private educational institutes will remain closed, while all schools, colleges, and universities in Balochistan are expected to remain open as per schedule.

The Punjab government spokesperson added that intermediate exams slated for Thursday under all secondary education boards have been postponed and that a new date will be disclosed later.

The School Education Department, in light of the expected traffic situation today, has also announced a holiday, while the University of Engineering has deferred the exams that were scheduled for today.

Private educational institutes in all of KP’s districts, including Peshawar, are also to remain closed today.

Asia Bibi
Share
Subscribe to our newsletter
Sign up here to get the latest news, updates and special offers delivered directly to your inbox.
You can unsubscribe at any time