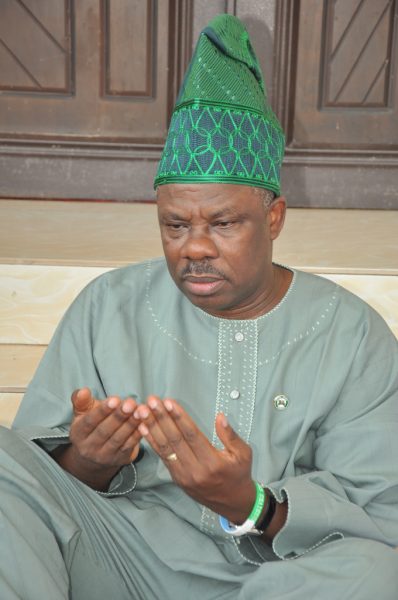 A DRAMA of the highest order is about to play out in Ogun state as Governor Ibikunle Amosun Thursday threatened to sack his chief of staff, Mr Tolu Odebiyi.

Amosun mired in political battle that threatens his power as elections loom ordered his Chief Of Staff Mr Tolu Odebiyi to drop his APC Senate ticket for Ogun East and pick that of Democratic People’s Party (DPP), Per Second News gathered.

” Mr Odebiyi refused to agree to this, said multiple sources familiar with the matter on Thursday evening.

Governor Amosun has in turn threatened to sack the Chief of Staff if by tomorrow he failed to dump the ruling APC party.

Strong indication emerged, last week, that some political aides of Governor Amosun, have been registered as National Assembly candidates of the Democratic People’s Party (DPP) for the 2019 general elections.

Speculations were during the week that the governor, had evolved alternative plans to deal with the outcome of the governorship and legislative primaries of the All Progressives Congress (APC) in the state, which has made him to be at loggerhead with the National Working Committee (NWC) of the APC.

Ogun Becomes Epicenter of Political Battles As Amosun Threatens to Sack Chief of StaffOgun state
Share
Subscribe to our newsletter
Sign up here to get the latest news, updates and special offers delivered directly to your inbox.
You can unsubscribe at any time