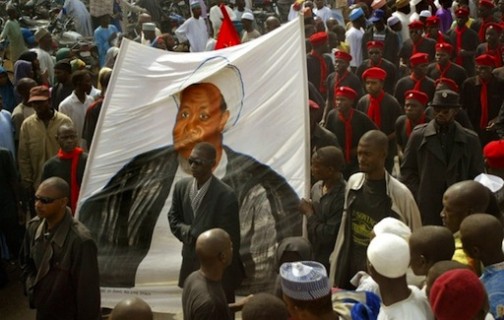 Authorities have increased security in Abuja as the shiites protest enters day 3.

For the third day in a row as the Islamic Movement of Nigeria (IMN), otherwise known as Shi’ites continue their protest over the continuous detention of their leader, Ibraheem el-Zakzaky, the Nigeria Police on Tuesday beefed up security around the entrance to the State House, Abuja.

The Shiites have since on Saturday demanded for the release of their leader, el-Zakzaky who has been in detention despite court rulings that he should be released.

The group and the military had clashed with leading to deaths of some its members and injury of security personnel.

The tension their procession has caused at the nation’s capital, has forced the Nigeria Police to now stationed its officers opposite the Fire Service, the entrance to the State House, before the barricade mounted by the combined team of operatives of the Department of State Security, DSS, the Police and the army

Occupants of vehicles going into the Villa were thoroughly screened before they were allowed to drive in.

From the Secretariat to the entrances to State House  and the National Assembly, security was also beefed up with additional armed mobile police officers mounting surveillance.

Villa staff on Monday especially those leaving at the troubled areas had to close late to allow traffic mounted by the army to reduce. 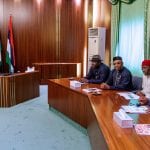