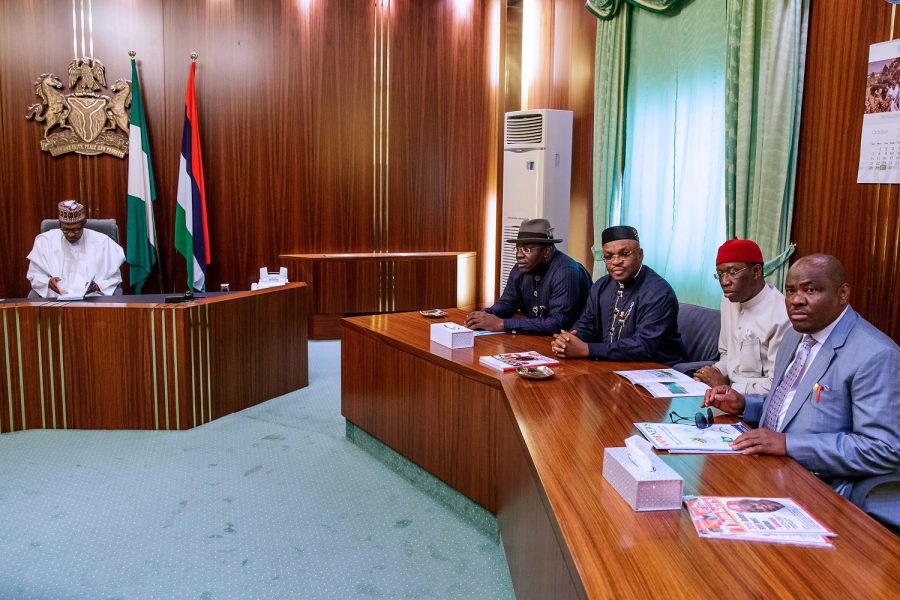 The governors in attendance included

Buhari met with them at the Presidential Villa, Abuja shortly after he returned from his condolence visit to Kaduna State.

The governors refused on Tuesday to provide details of the meeting with the president.

Speaking to State House Correspondents after the meeting which started at 2:50pm, Dickson who refused details of the meeting said, discussion centered on issues concerning the south south region.

We had a robust and fruitful discussion with the president and he promised to look into it in anyway possible.”

Asked what they discussed about, the Bayelsa Governor said, “We don’t want to go into those details.”

South-South Governors' Won’t Provide Details of Meeting With Buhari
Share
Subscribe to our newsletter
Sign up here to get the latest news, updates and special offers delivered directly to your inbox.
You can unsubscribe at any time