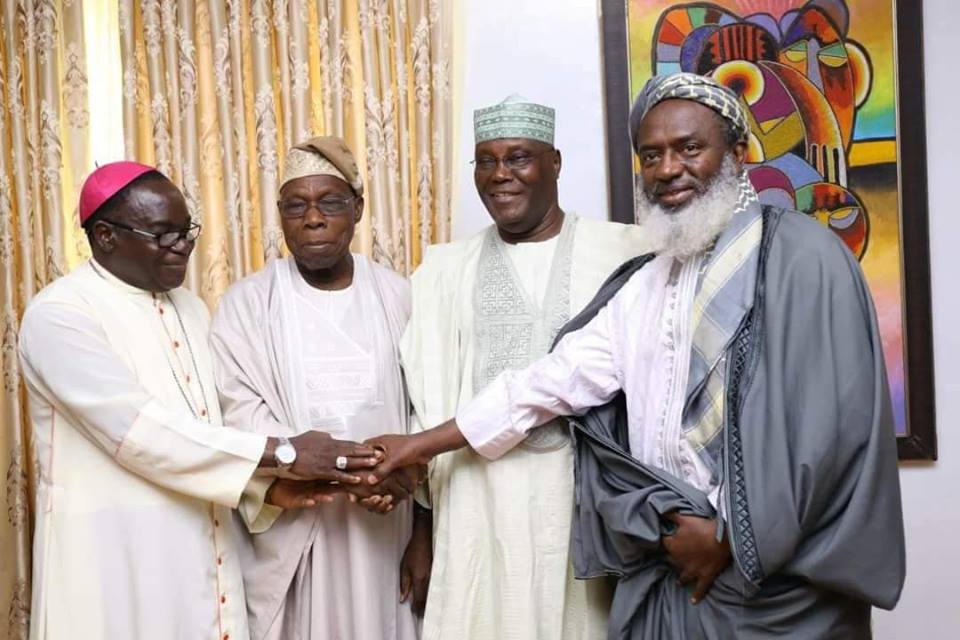 ” From what I personally know of you, you have capacity to perform better than the incumbent, Obasanjo said.

” You surely understand the economy better; you have business experience, which can make your administration business-friendly and boost the economy and provide jobs.

“You have the widest and greatest exposure, experience, outreach and possibly the best machinery and preparation for seeing the tough and likely dirty campaign ahead through.

“You have better outreach nationally and internationally and that can translate to better management of foreign affairs. You are more accessible and less inflexible and more open to all parts of the country in many ways. As Pastor Bakare, one-time running mate of the incumbent President said, “You are a wazobia man.” And that should help you in confronting the confrontable and shunning nepotism,” Obasanjo said while endorsing Atiku.

Obasanjo said the billionaire business man had the best chance of beating President Muhammadu Buhari in the 2019 elections.

His endorsement gives the former vice-president a further lift less than five months to the elections.

Atiku’s candidacy has stirred controversy and shaken the ruling party at its roots but an increasing number of senior APC leaders are saying the party will be victorious in the elections.

PRESIDENCY RESPONSE
The Presidency on Thursday night said the endorsement meeting was a well-rehearsed theatre.

They will lose together, said a statement signed by Garba Shehu, Senior Special Assistant to President Buhari on Media & Publicity.

” Listening to the prepared statement of the former President after the meeting showed the usual ego trip and “I know it all” character of Chief Obasanjo. Bent on these laudable goals, we will not allow ourselves to be distracted.

” We are busy on various national issues including the restructuring and the diversification of the economy, fighting corruption, terrorism and other threats to national security; increasing the availability of electric power, improving education, health, and providing long-delayed infrastructure – roads, rail, airports and so forth.

” Many governments have come and gone, but they did not care about some of these projects.

” We were talking about these things for sixteen years under the PDP and nothing was done.

” Nigerians trust President Buhari in this effort because they are convinced he is not in government for personal financial benefits, or for an ego trip. It is just eleven years ago that the former President and Vice President in their ugly fight for power accused each other of corruption. Nigerians are yet to forget all that.

Shehu Garba was Atiku’s media assistant during his 8-year tenure as Vice President under the PDP government.

Atiku receives key endorsement from former leader Obasanjo
Share
Subscribe to our newsletter
Sign up here to get the latest news, updates and special offers delivered directly to your inbox.
You can unsubscribe at any time