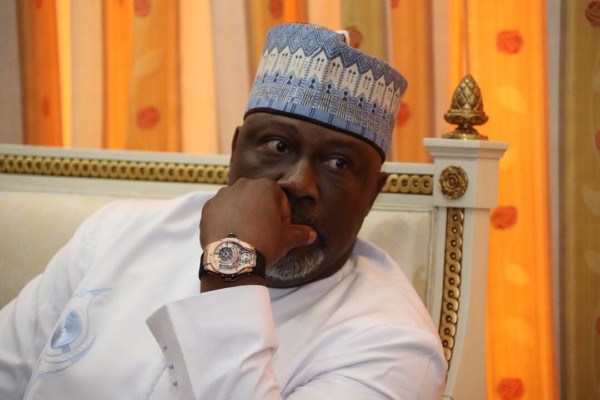 Senator Dino Melaye has won the Peoples Democratic Party, PDP, primary for Kogi West senatorial district for the 2019 general election,  setting him on the path to re-tool his political career.

Former commissioner of local government and chieftaincy affairs, Tolorunjuwon Faniyi and the current Reps member representing Kabba/bunu/ ijumu federal constituency, Hon. Tajudeen Yusuf stepped down for Melaye, while four other contenders in the race were not cleared by the party screening committee.

Returning officer for the exercise, Mr. Jude Sule said Melaiye scored all the delegates votes from the seven council areas that made the district.

The exercise which was peaceful was monitored by the Independent National Electoral Commission, INEC, and some security personnel.

Reacting after the exercise, Melaiye said the affirmation was “Shocking but not surprising” bearing in mind that he has represented the axis wonderfully at the upper champer of the national assembly.

He said the decision of the party to endorse him will act as a tonic for him to work more for the district when he eventually wins his secord term bid.

He, however, appealed to all other aspirants who were aggrieved about his choice for the party to let go of their anger and join hands with him to rid the state and the country of the bad governance of APC, both at the state and national level.

Dino Melaye Wins PDP Primary in Kogi Senate Race
Share
Subscribe to our newsletter
Sign up here to get the latest news, updates and special offers delivered directly to your inbox.
You can unsubscribe at any time