Governor Rochas Okorocha has championed son-in-law Ache Nwosu as the APC’s “best candidate” for  governor of Imo, brushing aside suggestions he is not qualified.
According to him, none of the aspirants seeking to succeed him is better than his son-in-law.
He said “No form of relationship between me and Uche Nwosu, it was his passion and hardwork  that brought him close to me. He became an assets to me at Rochas Foundation.
“I didn’t know Nwosu was chasing my daughter. I’ve not forgiven him for chasing my daughter while working for me.
“Nobody can accuse him of any wrongdoing. His only offence is that he is my in-law.
“So, he is a young man who can continue my vision. None of the aspirants can stand him. It is character that built him, not relationship.” he said
The governor said his administration has completed over one thousand projects in the state in the past seven years.   “The Imo you are seeing today is different from what it was seven years ago.
“What Rescue mission has done in seven years surpassed what all the past administrations did in the past 30 years.”  he said
He said that three years is not enough for him if he has to start commissioning the projects one after the other.
The governor also disclosed that he is not a travelling governor and has dedicated the past seven years to the service of Imo people.
Stressing that the state is now on the path of progress, he said that education is free in the state from primary school to tertiary institutions.
He said that he is not owing salaries in the state except challenges in paying the huge pension payment in the state.
“We don’t owe salaries, where we have challenges is in the high pension payment of N1.47 billion monthly when I came on board.” he said
But the pension payment, he said, has been reviewed downward to N700 million monthly, which he noted is still higher than most states of the federation.
He also stressed that he is not owing any kobo for any bank loan.
He said “I challenge any bank to come forward with evidence. I’m not owing any loan. Let them speak up now that I’m still in office.”
Everybody in the state, he said, must be computer literate, as the state is doing away with papers very soon.
SHARE THIS ARTICLE 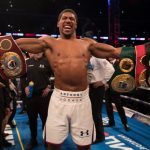