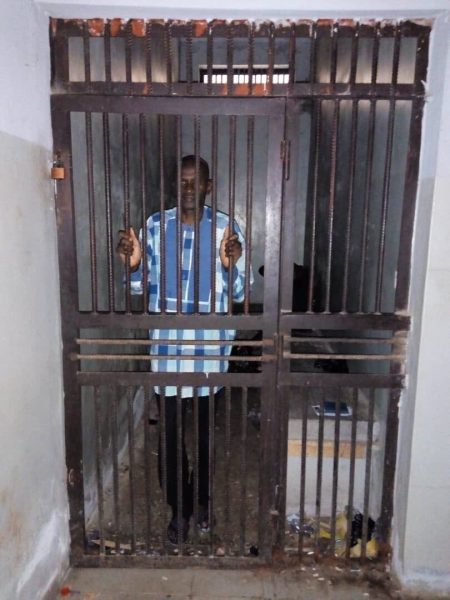 Jones Abiri, editor in chief of the Weekly Source newspaper was on Thursday released from detention in Nigeria, after over two years behind bars.

Many in Nigeria believe that surveillance is corroding media freedom and due process damaging the Nigeria public’s ability to make government accountable.

The police arraigned Mr Samuel Ogundipe at a Magistrate Court in Kubwa on Wednesday afternoon.

He was charged with criminal trespass and theft of police document.

The police want Mr Ogundipe to disclose his source for a story published by PREMIUM TIMES and other news media.

The story revealed a preliminary report written by the Inspector General of Police, Ibrahim Idris, to Acting President Yemi Osinbajo on last week’s siege to the National Assembly by security officials.

” Not all journalists are aware of the dangers they face in protecting sources and some who are aware succumb to self-censorship avoiding topics that might invite government surveillance, said a Human Rights Watch report.

” Sources are also becoming more aware of the risks and refuse to speak to the media.”

“It should be noted that confidentiality of sources is necessary for good journalism to flourish and journalists should not be coerced into revealing such sources, the Nigerian Union of Journalists, NUJ said Wednesday.

“It is not an exaggeration to say that in some countries, where journalists perform their professional work defenseless, insecure and harassed by the authorities or organized crime — and every kind of fanatical political activist, their assassins walk freely in the streets and enjoy the disgraceful protection of impunity,” said Gregorio Salazar, a regional coordinator for the International Federation of Journalists.

In Africa, the situation is just as dire, said RSF.

“From government surveillance and censorship to computer hacking, from physical attacks to imprisonment, kidnapping and murder, the aim is to limit or otherwise control the flow of information — an increasingly complicated effort, with higher and higher stakes, wrote Christiane Amanpour, a CNN journalist, in a CPJ report foreword recently.

” I condemn the detention of Journalist, Samuel Ogundipe of Premium Times by the Nigerian Police, said Governor Dankwabo of Gombe on Wednesday. ” This arbitrary arrest of Journalists and clampdown on the fourth estate of the realm must stop. Press Freedom is very important to the development of our democracy.”

Now that security agencies has harnessed surveillance technology in monitoring journalists, many editors and publishers have been forced to invest in expensive and time-consuming counter measures to protect their sources.