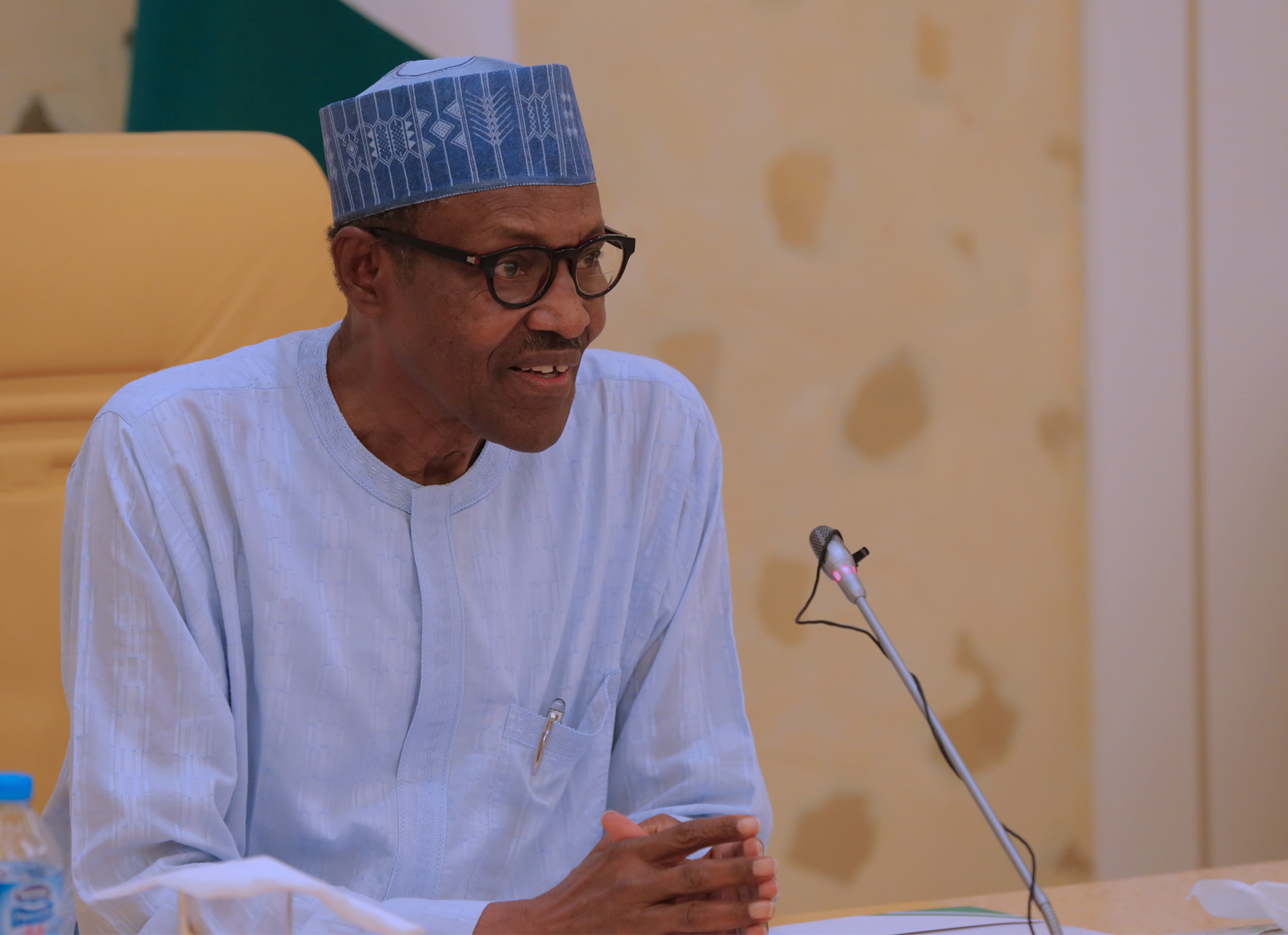 The Nigerian president, Muhammadu Buhari, would be remembered as someone who carried on, for most of his adult life, is the only man who held the secret wand, the magical code that could permanently fix the complexities of Nigeria as an emerging nation.

Muhammadu Buhari, as a young adult enlisted in the army of the most populous black nation on the face of the earth, joined the right crowd of hot-headed people, who always applied the wrong attitude and approaches for a quick fix to the not-to-easy task of nation building. Repeatedly, he was in the cycles of coup-makers, thwarting and repeatedly subverting hard-worn constitutions; an ever forgiven and incurable gullible populace always forgave him and is fellow mis-adventurers. Buhari and his cohorts often made violent take over of governance look sleek and trendy. They were the indisputable heroes of a disturbing age and dispensation. Though they were merely sustained and given life by the waves and tides of the age in which logic and reason dominated the horizons, they were always, regrettably, hailed as the freedom champions. Exactly what they wanted from an hapless people desperate to have authentic heroes.

Then, from his early thirties, Buhari carefully packaged himself as a man Nigerians could not do without. Rapidly moving from a military Governor, he became the man in charge of Petroleum resources in the twilight years of the Muritala/Obasanjo administration.

When the wailings and warnings of an iconic crusader like Fela Anikulapo-Kuti red-flagged his activities that some two billion naira may have grown wings and disappeared under Buhari’s watch, the lyrics were dismissed as the lies of an hallucinating, drugged junk. The unsuspecting benefactors who had always rewarded Buhari and Co. were poor marksmen, they missed the bull’s eye by failing to retire a politically exposed soldier like him behind while handing over to President Shehu Usman Shagari on October 1, 1979. It was a costly oversight.

Muhhamadu Buhari was never used to taking orders from civilian superiors. Even as General Officer Commanding (G.O.C) One Division, he would omit a strategic blunder of not waiting for instructions from the Commander-in-Chief nor the approval of the senate and the House of Representatives before staging an incursion into the Republic of Chad. He would years later boast, in an interview with a news magazine, that he the Chadian military a bloody nose. The incident was a major international embarrassment to the Shagari administration and all Nigerian citizens. Yet Buhari always managed to survive the turbulence and reinvented himself.

It was no surprise to see him as the head of the Junita that later sacked the elected government of the era. It was a grooming glory for efforts consciously pursued to destroy that administration, which also suffered its own self-inflicted fatal wounds. Buhari quickly unravelled between 31st December, 1983 and 27th August, 1985. For example, the media quickly became his foremost target. Only shady characters and individuals would target the press the way Buhari and later his successor, President Ibrahim Badamasi Babangida did. Buhari criminalized the excitement and the genuine commitment of to put the daily information menu of Nigerians. It was the height of shameful hide and seek antics between government and citizens.

As a tactless soldier in the eighteen months that Buhari led the country, he shot first, before knowing that his targets were completely the wrong ones. Take how an industrialist Dr. Femi Adekanye, was first accused of defrauding, the Federal Republic of Nigeria, to the tune of N90,000 in a 1983 National Youth Service Corps contract during the inglorious years of Colonel P.K Obasa. The government got Dr. Adekanye arrested through an executive order signed by the then Chief of Staff, Supreme Headquarters, Brigadier General Tunde Idiagbon. Adekanye was detained for months, his business destroyed and family traumatized. The media circus and trails around the wrongful accusations later subsided and the Special Investigations Panel (S.I.P) concluded that the man was innocent. But Adekanye did what many Nigerians do not usually do because they would “leave the matter for God”. He sued the government for unlawful arrest and detention. And he was paid the sum of N11million as compensation in 1986.

Just as Buhari did then against so many Nigerians, whom he and his fellow wayfarers dubbed corrupt and fraudulent were humiliated, his foes, real and imagined, are sometimes ridiculed and paraded, this confusing on the reel battle to lessen corruption and fraud in Nigeria.

But worst of all, one would expect that this man, now Old, to be called the father of the nation did not have the courage to distance himself from the graft of the Abacha administration, I. Which he served with commitment and complete dedication. There was no resolve to quit the rot that Petroleum Trust Fund (PTF) represented as a Major conduit for stealing during the disgraceful years of Abacha. After Sani Abacha died, the nation referred to its democracy destruction.

Muhammadu Buhari always cried that something evil could happen to the nation, if he was not voted into the saddle of Presidency. Some of us knew that he was always guarded more by the chauvinistic demon, feeling of being better than anyone else. We did not believe him.

In 2013, I warned a forum of young politicians while visiting Nigeria that I felt a vote for Buhari would be nothing short of using democratic means to legitimize dictatorship. In 2004, I had the privilege of robbing ideas with a counselor at the Nigerian house, in New York, as a diplomat he was fixated on the emblem of Buhari who would be a benevolent dictator, I told him that qualified or not, there was and is nothing alluring about dictatorship. The worst is better than the best benevolent dictator.

Anyone could easily run through other course, lots of other pretences pushed as convincing decoy by Mr. Muhammadu Buhari. The latest antic is the endless talk of fake news.

But let us continue this discourse next week.