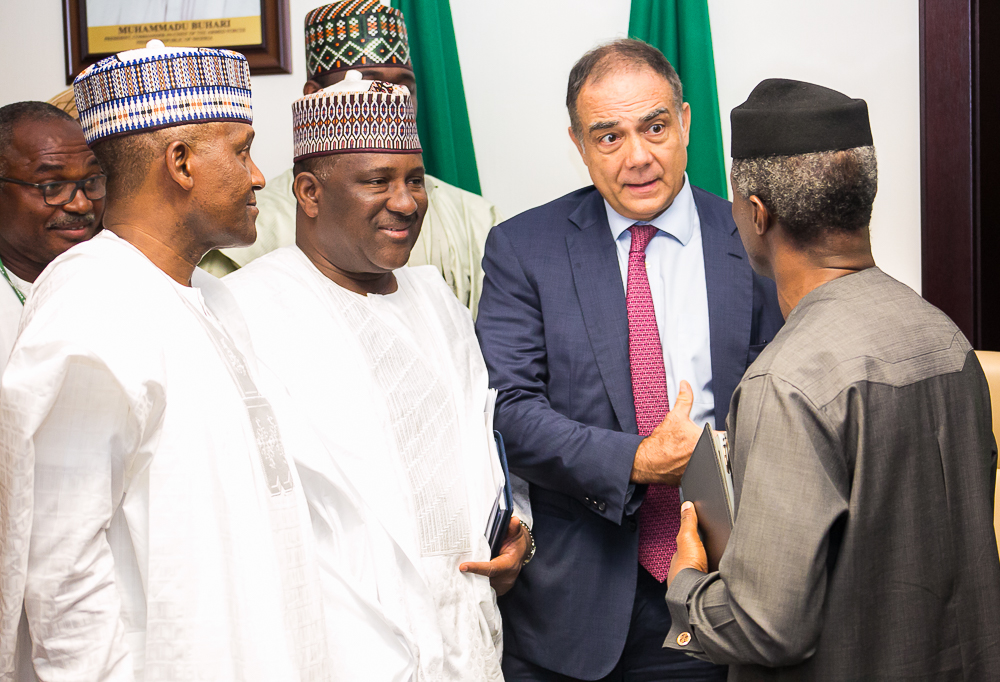 The CEO of Dangote Group, Aliko Dangote, has advocated for the Federal Government to take drastic action against Republic of Benin, whose porous border is encouraging dumping of smuggled goods into the country.

According to him, this is threatening the economy of the country and jobs of thousands of Nigerians, Dangote said at the end of the Industrial Policy and Competiveness Advisory Council (Industrial Council), meeting presided over by Vice President, Yemi Osinbajo, at the Presidential Villa, Abuja.

“It is very very deep. The biggest issue and challenge for the economy and also for the manufacturing has to do with smuggling and I think unless we really take a very drastic action against the Republic of Benin, I don’t think we are really going to be successful.

“You know we have to attack it from two fronts, one, is stopping the Republic of Benin from promoting smuggling into Nigeria and two, to ensure we stop those who are patronizing the goods in the market, that is to stop people from selling smuggled goods.

“The drastic action that should be taken is any action that will stop the Republic of Benin encouraging people to come and dump goods into Nigeria. There are so many of those goods being dumped here. It has to do with textiles, sugar, pasta, vegetable oil, arms and ammunition among others. This is because smuggling has really gone out of control and we need to really do something.

The recent World Bank on smuggling in disclosed that about N1.45 trillion worth of different goods are smuggled into Nigeria annually through Benin Republic alone.

Republic of Benin porous border aiding smuggling into Nigeriasays Dangote
Share
Subscribe to our newsletter
Sign up here to get the latest news, updates and special offers delivered directly to your inbox.
You can unsubscribe at any time

Through the back door, Obasanjo and gang of expired, rent-seeking politicians wants 3rd term, says Oshiomhole