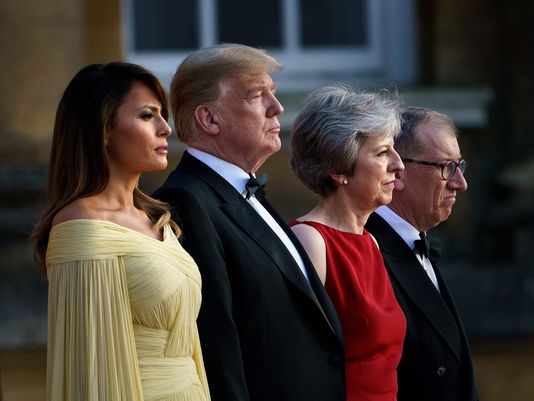 President Donald Trump on Thursday in Oxfordshire said that the United States and United Kingdom are not only ‘closest of allies’ but dearest friends.

“Time and again, the common threads that hold us together — our shared history, our shared values, our shared language and culture — conspire to inspire mutual respect, and to make the United States and the United Kingdom not just the closest of allies, but the dearest of friends,” Trump said during his official visit to the U.K

President Donald Trump and first lady Melania Trump arrived at the opulent Blenheim Palace — the birthplace of wartime leader Winston Churchill — for a black-tie business dinner on Thursday, the evening of Trump’s first visit to the United Kingdom as president.

The couple were welcomed at the palace in Oxfordshire — about 60 miles outside of London — by Prime Minister Theresa May and her husband Philip, before witnessing a performance by the Scots, Irish and Welsh Guards military bands. Anti-Trump protesters lined the road up to the building, but it is unlikely the Trumps — who arrived via helicopter — saw them. 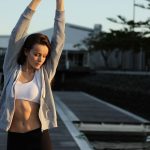