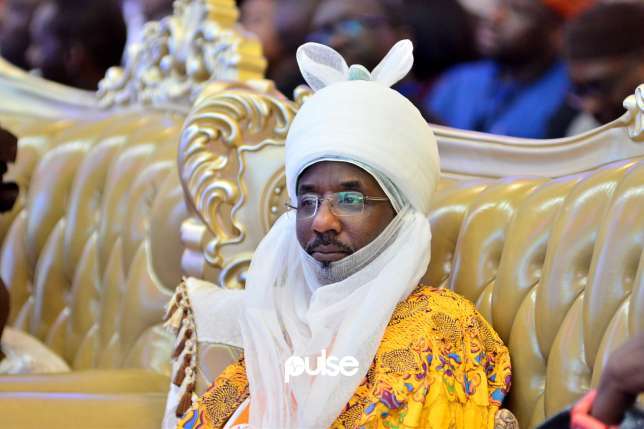 Wale Suleiman
Lamido Sanusi, the Emir of Kano is not a man that needs introduction. The former Governor of the Central Bank of Nigeria is undoubtedly one of the best minds we have in the country. A sound economist who made his mark in the banking sector before his appointment as CBN Governor by Former President Olusegun Obasanjo, to succeed the highly cerebral Professor Charles Soludo. And no one could dispute the fact that Sanusi was a worthy successor to Soludo.

But the highly respected Emir’s recent comment about the on-going reforms in the Nigerian National Petroleum Corporation, NNPC, and his suggestion that only an angel could successfully reform the organization riles the mind. While no reasonable person would deny the need for further reform of the NNPC to unbundle it and make it more profitable and more transparent, it would be grossly unfair to ignore the gains of recent reform and in the process thumbs down the organization.

No one can deny the transformation that had taken place in NNPC since 2015 when President Muhammadu came to power. And since Maikanti Baru was appointed as Group Managing Director, of NNPC in 2016, so much had taken place. The new management inherited a restructuring process that was being resisted by staff of the organization and saw it to conclusion in a manner that was acceptable to all stakeholders.

Baru brought the savvy of an insider to the process of unbundling the NNPC and making it more responsive and more transparent. He has worked in various capacities in the Upstream and Downstream sectors of the oil industry and was also the NNPC’s Chief Technical Negotiator on the West African Gas Pipeline project from July 1999 to April 2004.Thus, it became easier to institutionalize the reform process which saw the NNPC unbundling to seven units.

When he assumed office, he laid out a 12-point programme, which included addressing and defraying the cash calls arrears owed International Oil Companies, IOC, by the NNPC and also ensuring that the Federal Government is relieved of the burden of cash calls obligations. He has worked to fulfill his promise to ensure a continuation of the reforms started by Ibe Kachukwu and created an all-inclusive internal advisory console of security, comprising various stakeholders to brainstorm and come up with suggestions that would address security and host communities’ agitations.

At the time he took over NNPC, vandalization of NNPC infrastructure had reached an alarming level and there was actually the possibility that the oil corporation could become bankrupt. Today, after two years of tireless effort and commitment to corporate good governance, not only has militancy stopped in the Niger Delta, but oil production had substantially increased.

The management under Baru also undertook an appraisal of the Nigerian Petroleum Development Company, NPDC, ensuring that all weak contractual agreements were reviewed and bad ones terminated immediately. Most of the JV contracts and PSCs, as well as other contractual agreements involving the NNPC were reviewed to reflect current realities. New favourable terms for the country were negotiated. Also, he has entrenched a culture of leveraging on NNPC’s equity position to cause the development of key gas assets for both domestic and export, and also pursue the expansion of gas network across the country.

A new business models which grants autonomy to Strategic Business Units of the NNPC has been implemented. This has ensured their growth and profitability. For the first time in 20 years, NNPC declared a profit of about N217 million in 2016. The figure has continued to go up since them. This is not a small achievement considering that the corporation had been only a guzzler of public funds since its creation.

Baru has confronted headlong the challenge of ensuring steady supply of PMS across the length and breadth of the country. Though the NNPC is supposed to account for less than 45 per cent of Nigeria’s fuel consumption, the corporation had, in the not too distant past, been called upon to bridge the supply gap, forcing it to supply almost 100 per cent of the country’s fuel needs. Similar to meeting the country’s fuel supply needs, the NNPC is majorly responsible for holding a strategic fuel reserve for the country, which is a critical factor in cases of emergency and for security consideration.

NNPC under Baru has also pursued the expansion of gas network across the country and grew the NNPC oil and gas reserves portfolio.

Accountability and transparency are gradually becoming institutionalized in NNPC and the previous regime of opaqueness is giving way. The NNPP has become an active partner to all stakeholders in the fight against corruption.  This should not surprise anyone because Baru was the Chairman of NNPC Anti-corruption Committee from September 2004 till date his appointment as GMD.. Unlike previous years, management of NNPC now answers routine summons of the National Assembly to explains issues about the downstream sector.

Although the Emir acknowledged changes in the operations of the oil giant but complained about the continuing opaqueness of the subsidy regime. There is no disputing that it is not yet uhuru in the oil sector. There is still a lot of work that is being done, and that would need to be done.

There have criticisms regarding the budget of the corporation, and critics have alleged that NNPC decides its own budget and how much of it is spent or retired, and what profit is declared. This is probably why the Emir has opined that only an angel could reform the NNPC.

But while some of these allegations have the ring of truth, it would be fatalistic to suggest that the challenges are beyond human control. Truth is the problem of NNPC is structure and has little to do with those running the place. It is a structural problem that has no quick fix. In fact, any quick fix would be counterproductive. Only a gradual but steady commitment to reform is the way to go.

The Buhari administration has hit the right chord. It must be encouraged to go the whole hog, taking one step after the other as it is currently doing.