The leader of Progressives Congress (APC) in Delta State, Olorogun Otega Emerhor, was Monday barred from meeting with President Muhammadu Buhari.  He was to be among the delegation of the Urhobo Traditional Rulers, Leadership of Urhobo Progress Union, UPU, and Urhobo  members in the All Progressives Congress, APC, who paid President Muhammadu a courtesy visit at the Council Chamber, Presidential Villa, Abuja.

He was stopped from entering the villa by security operatives at the Pilot gate, while other members of the delegation went in freely.

Emerhor was the one who put the fight together and secured a date from the Presidency for the meeting, an aggrieved member of the party in Delta said.

Findings revealed that the incident was linked to the factional fight between Delta delegates at the just concluded convention on Saturday that was witnessed by all including the President.

Recalled that delegates to the APC national convention loyal to two factions of the party in Delta State on Saturday fought at the Eagle Square, venue of the convention.

The free-for-all fight in which broken tables, chairs and bottled were used to pelt opponents started when loyalists to Emerhor, a former governorship aspirant for Delta State on the ticket of the APC, and Chief Victor Ochei, a former speaker of the Delta State House of Assembly, attempted to dislodge supporters of Senator Ovie Omo-Agege who had already occupied the pavilion allocated to delegates from Delta State.

Many delegates in the Omo-Agege faction sustained injuries as their opponents unleashed a surprised attack that sent them scampering for safety. The Ochei/Emerhor faction took over the Delta pavilion, but it was for a brief spell.

The ugly incident occurred as President  Buhari was addressing the delegates.

Security agents including soldiers, policemen and members of the civil defence corps at the venue quickly moved in to prevent the fight from escalating.

The fight between the contending delegates from Delta state affected the sitting arrangement, as delegates from Cross River and Edo states whose pavilion were positioned close to the Delta pavilion took to their heels to escape flying missiles.

The Urhobo nation in their address read by the President General of UPU, Olorogun Moses Taiga told the President to ensure the restructuring of the country and that there was serious hunger and poverty in the country which required immediate solution. They also demanded that President Buhari should appoint an Urhobo indigene in his cabinet, stressing that Urhobo is the biggest ethnic group in Delta State and the fifth biggest ethnic group in the country.
SHARE THIS ARTICLE 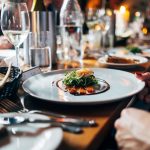