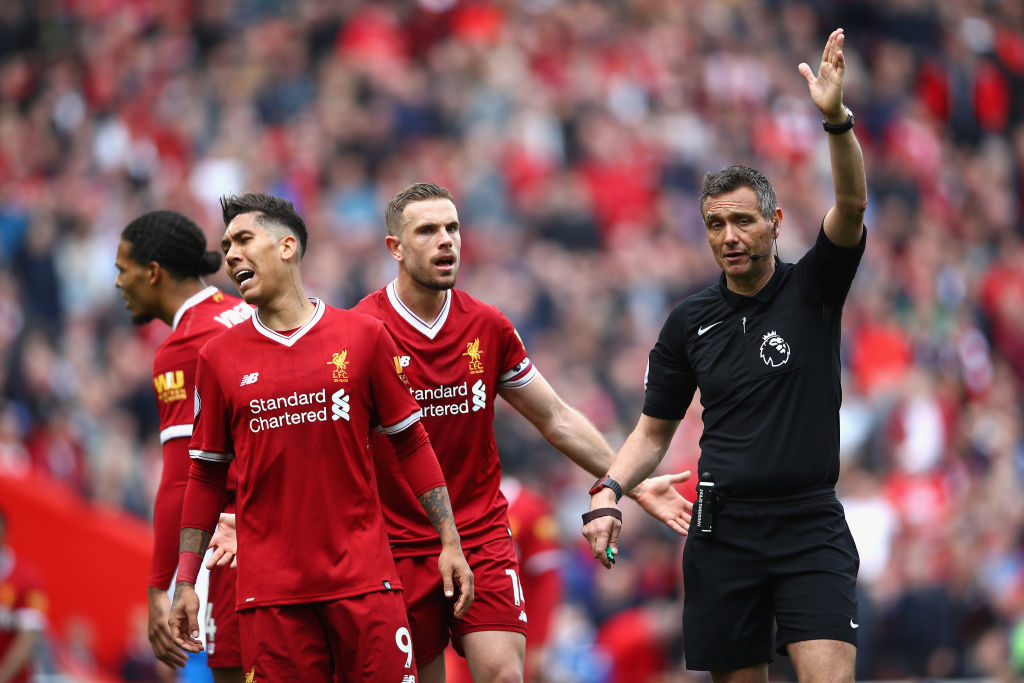 LIVERPOOL, ENGLAND - APRIL 28: Roberto Firmino of Liverpool reacts to a decision during the Premier League match between Liverpool and Stoke City at Anfield on April 28, 2018 in Liverpool, England. (Photo by Clive Brunskill/Getty Images)

Roberto Firmino has claimed he thinks Sergio Ramos was wrong for his comments about Mo Salah, Loris Karius and indeed himself after the drama following the Champions League final.

“I think it’s an idiotic thing for him to say, Firming said.

Ramos has come out fighting after getting a huge amount of abuse following his actions and indeed comments, and noted that he thinks the Real Madrid player needs to stop talking.

“The only thing that is missing if for Firmino to say he has a cold because some of my sweat dripped in him.”

Firmino struck back, calling the comments ‘idiotic’, and noting that the player is a champion and that’s about the only thing he was right about saying.

Firmino hits back at Sergio Ramos