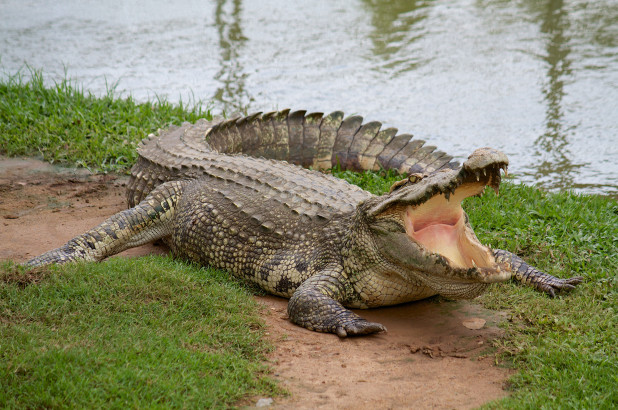 A pastor was killed by a crocodile as he baptized members of his congregation in a lake in Ethiopia.

According to reports in Ethiopia, protestant pastor Docho Eshete presided over the ceremony at Lake Abaya over the weekend.

As he baptized about 80 people in the water, multiple witnesses said a crocodile jumped out of the water and attacked him.

People tried to rescue Eshete but he was dead by the time he was pulled out of the water.

Eshete suffered bite wounds on his back, legs, and hands.

The lake’s reddish-brown water also makes it difficult to spot a crocodile until it surfaces.

Lake Abaya has lately had a shortage of fish, and the crocodiles have become aggressive toward humans, who have little chance to spot them in the lake’s murky red waters.