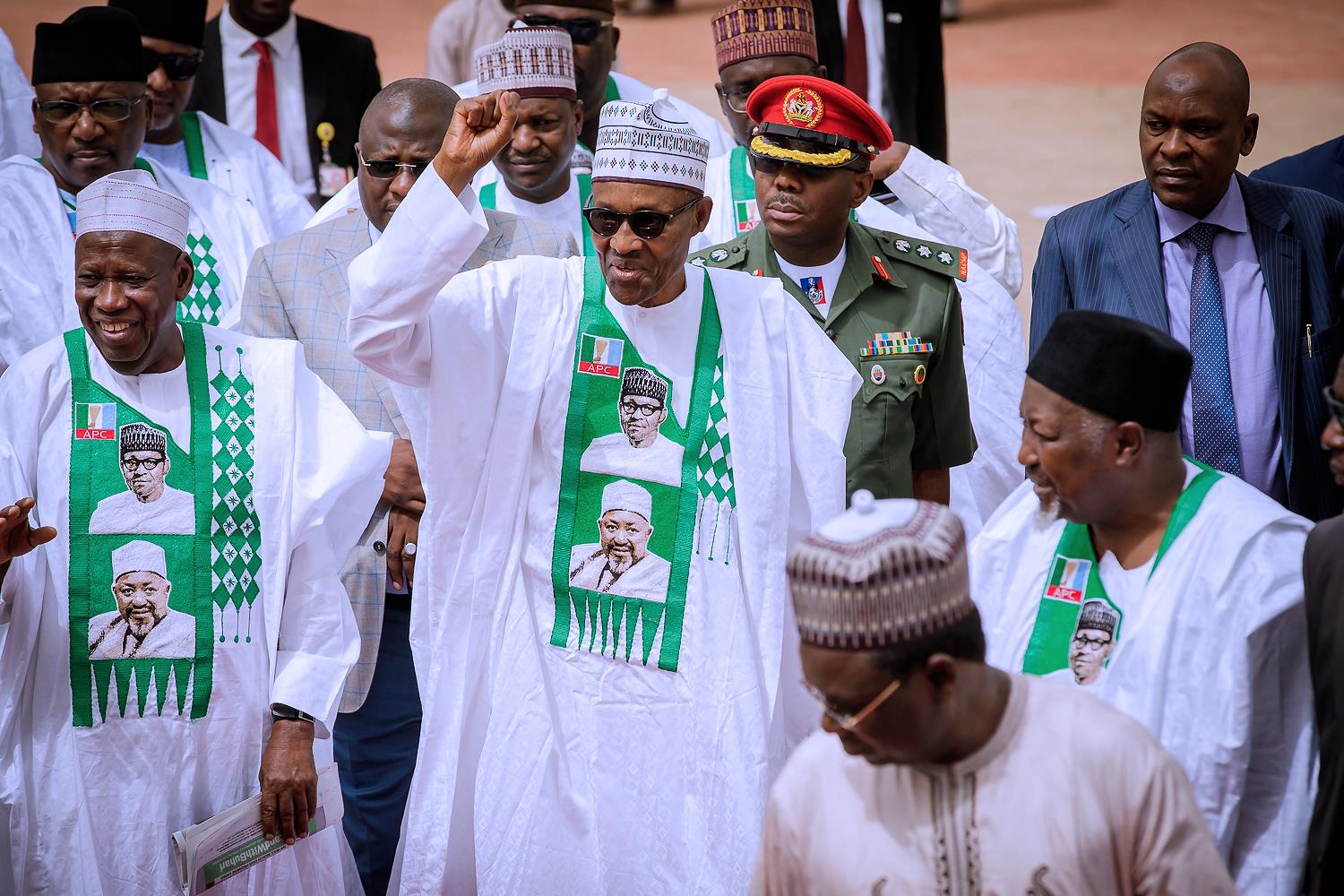 President Muhammadu Buhari on Monday said despite the small size of his cabinet and limited resources, the administration had made outstanding achievements in security, education and human capacity in addition to its role in promoting peace and development to build a prosperous Nigeria.

Speaking at the palace of the Emir of Dutse, Alhaji  Nuhu Muhammadu Sanusi, during a two-day visit, President Buhari said the odds of initial dwindling oil prices did not discourage the government from setting targets for lofty developmental projects and achieving more in three years than the 16 years of Peoples Democratic Party’s misrule.

Buhari, also said his administration is delivering on promises with clear-cut targets, prudent management of resources and a deliberate policy to plug wastage and pilfering of government resources.

The President said the growing support the administration currently enjoys can be attributed to the understanding of Nigerians of the unpleasant realities it inherited, and the efforts to reposition the economy in spite of “what the opposition keeps sponsoring in the press”.

President Buhari directed the Minister of Water Resources, Eng. Sulaiman Adamu, to work with the Jigawa State Government to alleviate the challenge of water scarcity in the state capital, following a complaint by the Emir of Dutse.