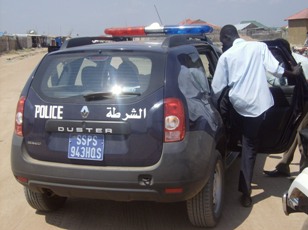 The Sudanese authorities has announced the arrest of a woman accused of killing an Immigration Attaché at the Nigerian embassy in Khartoum.

The Consular officer, Habibu Almu, was found stabbed to death at his home in the Sudanese capital city of Khartoum on Thursday.

In a very short statement, the official news agency SUNA said the Sudanese police “arrested the offender, a foreign woman who committed the crime”. It further said she confessed the murder of the Nigerian official.

The Ministry of Foreign Affairs earlier issued a statement explaining that a team of the Police Investigation of Khartoum State has moved to the residence of the late Passport Officer of the Embassy of Nigeria to Sudan, Habib Almon, and arrested a number of suspected persons after investigation in the incident of his assassination.

The Nigerian Passport Officer was killed in an assault on his residence in Khartoum.

According to the ministry the inquiry revealed that the crime occurred for individual motives and has no other dimensions.

Nigerian diplomatSudan
Share
Subscribe to our newsletter
Sign up here to get the latest news, updates and special offers delivered directly to your inbox.
You can unsubscribe at any time