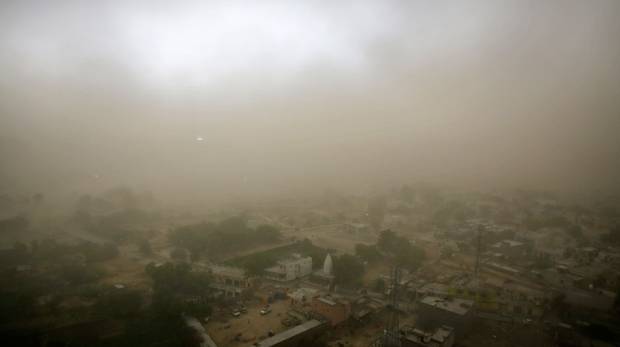 A deadly dust storm accompanied by squall killed several people across India on Sunday, while at least 70 flights were grounded.

At least 40 people were killed by the violent dust storm, followed by rain and lightning — which toppled walls, uprooted trees and brought traffic to a crawl.

In a sudden change of weather, the sky turned cloudy around 4:30 pm Indian Standard Time and gusty winds swept New Delhi and other Indian cities.
SHARE THIS ARTICLE