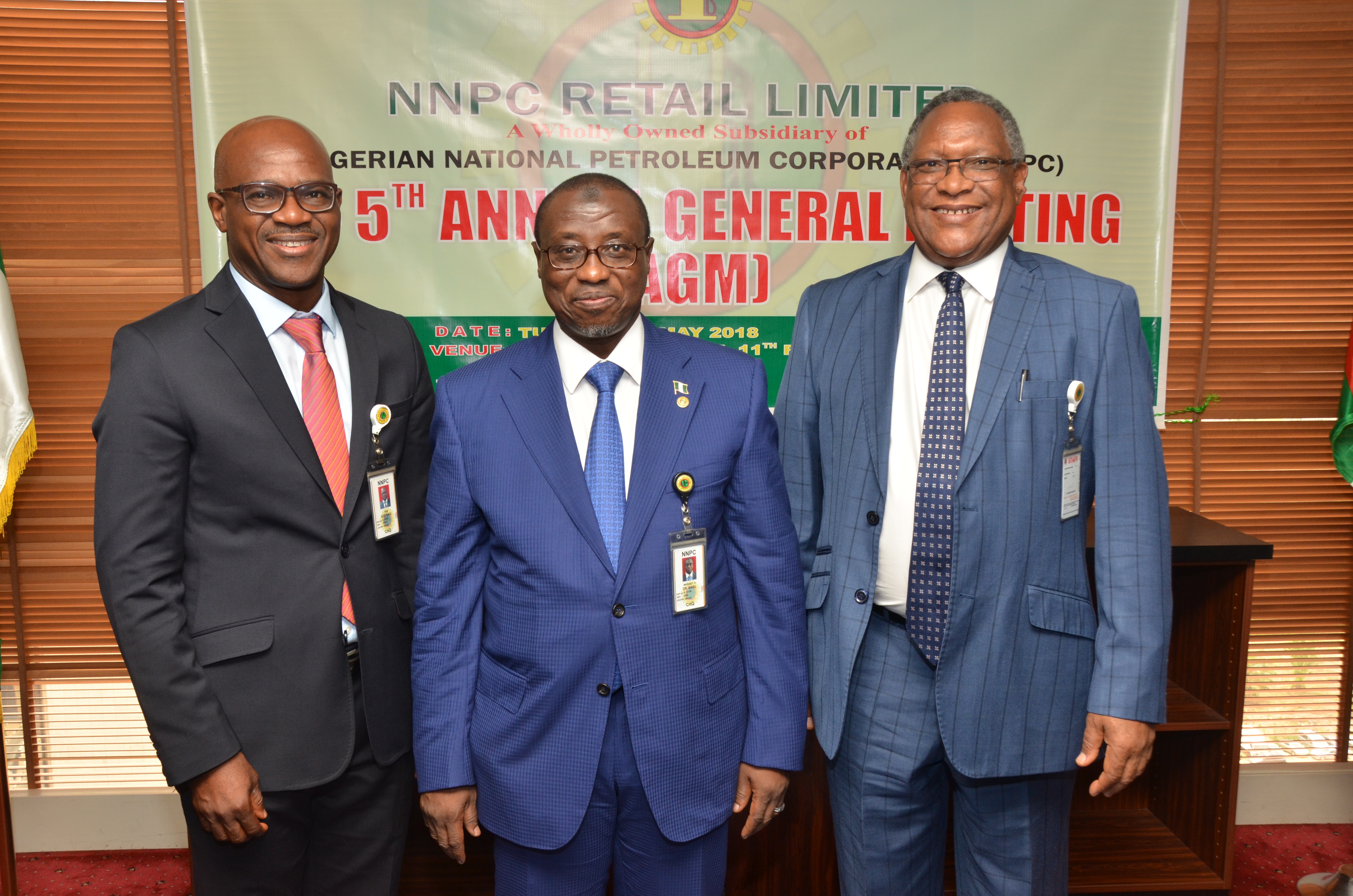 Group Managing Director of the NNPC, Dr. Maikanti Baru, made this disclosure at the 1st to 5th Annual General Meeting (AGM) of the NNPC Retail Limited which held at the NNPC Towers, Abuja Tuesday.

The NNPC helmsman explained that NNPC Retail would also continue to set up standard stations that would fit into the domains where they operate, disclosing that the focus of the management of NNPC, as owners of the company, was to ensure that its stations were in every nook and cranny of Nigeria.

Dr. Baru described the 1st to 5th Annual General Meeting (AGM) of the NNPC Retail Limited as a landmark event, saying it was the first since the Company was established.

He said: “Today’s AGM is in line with our drive to sanitize all our books and bring them to currency, the management of the NNPC is committed to ensuring that all the books of all the entities within the NNPC are up to date.”

According to him, the AGM combined all the accounts of 2012, 2013, 2014, 2015 and 2016 which had all been audited by external auditors and submitted to the Board of Directors, who in turn had recommended them to the shareholders at the AGM.

He also enjoined the management of NNPC Retail to focus on its non-fuel products and services, particularly those with the potential to make a lot of profit.

Dr. Baru stated that the AGM provided the management the opportunity to review the performance of NNPC Retail, stressing that the company was set up initially as an intervention force to ensure that NNPC could intervene in the supply of petroleum products whenever the need arises.

He said the company had since inception lived up to its billing and played a major role in intervening during periods of supply shortfalls.

On his part, the Chairman of the Board of Directors, who is also NNPC Chief Operating Officer (COO), Gas and Power, Engr. Saidu Mohammed, expressed the commitment to work with the management and staff of the company to enhance its non-fuel business through the incorporation of fast food outlets, Liquefied Petroleum Gas (LPG) and super markets into some of NNPC filling stations that have adequate space.

“We are committed to growing the NNPC Retail business particularly to drive the market share much higher and by expanding the reach through filling stations directly owned or through affiliate stations,” Engr. Mohammed enthused.

In his opening remarks, the Managing Director of the Company, Mr. Yemi Adetunji, said the impressive results were achieved largely through the support of the shareholders, among whom are the GMD of the NNPC, Dr. Baru, the Chairman of the Board of Directors of the Company, Engr. Mohammed and partners of the dealers of the NNPC owned stations and affiliates.

“We have all come together with a pledge to deliver value to the citizens of Nigeria and also give value back to our shareholders,” Mr. Adetunji assured.

NNPC Retail Limited operations commenced in August 2002, when the first Retail outlet was commissioned in Lagos to market petroleum products to the public.  NNPC entry into products retailing was initially a strategic move intended to provide the corporation with a vehicle for intervention in the market during periods of emergency and avoidable supply disruptions, serve as benchmark for key players in the distribution chain and ensure safe, orderly and profitable retailing of products in the country and is also a vehicle to achieve NNPC’s world class vision by integrating its upstream and downstream businesses in a manner comparable to other national and international oil companies

Ebola is back: WHO confirms outbreak in DR Congo following 17 deaths