Parental Discipline: My mom spanked me as a kid – VP Osinbajo 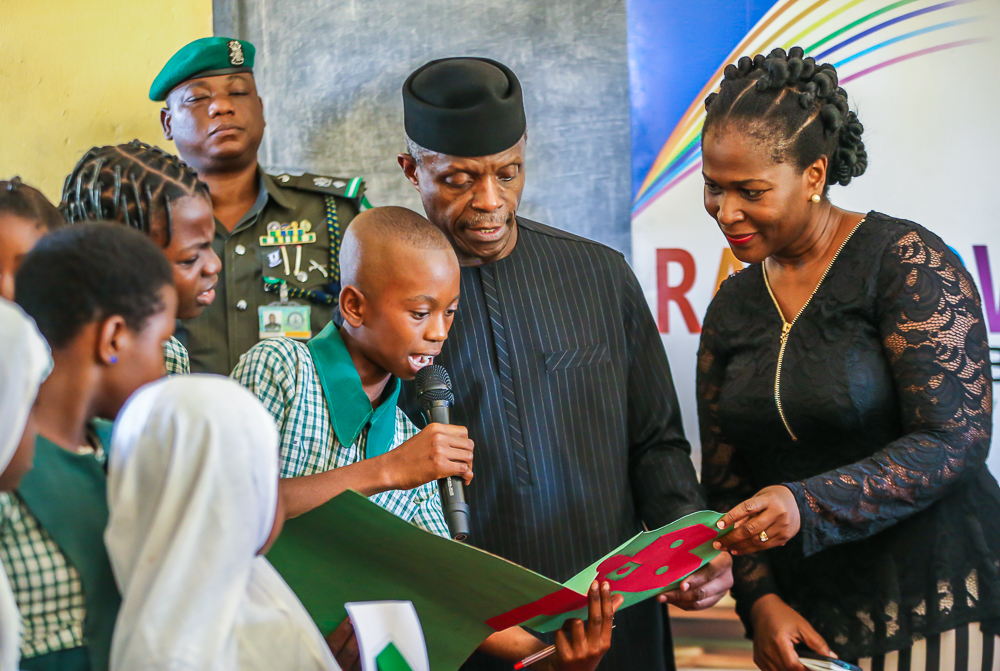 Vice President Prof. Yemi Osinbajo, on Monday during an event to mark the 2018 International Book and Copyright day visited LEA Government Primary School, Life Camp, Abuja, where he read excerpts from a short biography of Nigeria’s first President, the late Dr. Nnamdi Azikiwe to the pupils.

At the event, Prof. Osinbajo advised the pupils to shun corrupt practices, and instead work hard and be honest citizens. 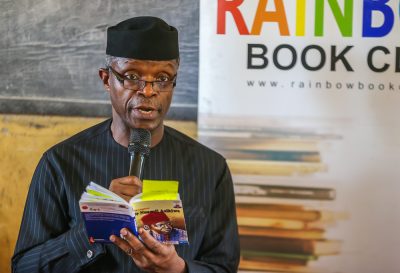 Following the book reading, Prof. Osinbajo was asked some questions by the excited pupils. Below are his answers.

Q: What is the role of government?

Vice President: Government’s role, and in some cases also, the private sector, is to provide the necessary amenities.  Let me give you another example of that. A school such as this is a government school, so it means the government has provided an amenity in this locality. Also, the Federal Capital Territory (FCT), which is the arm of government, provides schools, hospitals from taxpayers’ money. So your parents, other people who are working or who are in business, pay taxes. Aside from taxes, Government also get revenue from natural resources that we sell.  So from taxes, from proceeds of oil, other things that are sold from exports and for the business that is done, government provides some money and that money is used to build hospital, roads and so on. 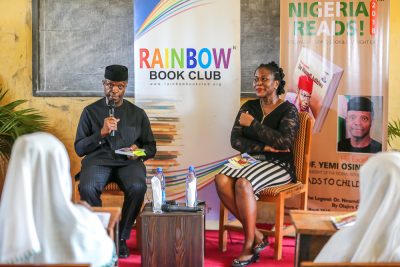 Q: How did you become Vice President?

Vice President: Let me quickly take you through the process.  My party, which is the All Progressives Congress, the APC, nominated the president, President Muhammadu Buhari, as the presidential candidate in 2014, and the President, in consultation with the party, then decided to appoint me as running mate.  So I was appointed as the running mate. Now the running mate means if the party wins, I become the vice president.  Before then I was teaching law at the University of Lagos and practicing law in the courts all over Nigeria.  So I was a lawyer and a law teacher before I was appointed as the running mate to President Buhari. On March 28th, the election was held and on the 31st, the result of the election was announced. We won the election. That’s how I became the Vice President.

Q: What are your duties as the Vice President of Nigeria?

Q: What does Government do to help the poor?

Vice President: There are things we do to help the poor. One of the ways by which we help the poor, is that we give them one million of the poorest people in Nigeria N5,000 a month. So far we’ve done about 300,000 of such. Along with the World Bank, which is our partner in this project; we identify the poorest households and we give them N5,000 a month.  Now there are many poor people, so we can’t do enough because even with one million, and we want to increase that number.

The other thing we do we also is to give micro credit loans, which is a small loan to small traders so that they can expand their businesses, pay their children school fees and do more for themselves and for their children.  So we try to work hard and provide for the poor.  But government alone cannot do it because government does not have all of the money. So we also encourage the private sector to contribute; the big companies also contribute to what we are doing; they also give some money towards helping the poor.  Government try to put all that money and help as many as it can so that people are empowered and can fend for themselves to take care of their families. 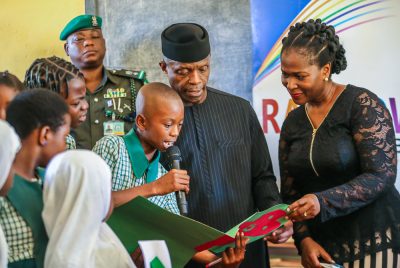 Q: Sir, tell us a bit about your childhood days.

Vice President: When I was small, sometimes I was naughty when I was in school and my mom will spank me. And sometimes when I’m very, very good, she will buy me biscuits and sweets and tell me how very, very good I’ve been.  So if you are naughty in school you might get spanked.

When I was very little and I was in school, we reported bullies to the teachers. We made sure that we reported them  and the teachers would punish them for bullying.  We also ensured that we told our parents too because bullying is a very bad thing; it is unfair, it is unjust and no should be treated unjustly.

Q: Sir, you are a very busy man. How do you create time for your wife and children?

Vice President:  Let me say first that my children are quite grown up. I have two children who are already out of the university and are working. One of them just got married about a month ago, the other is already working; so they are very busy themselves.  My last son is still in school. So as much as possible, whenever they are home, I try and find time about two hours just to talk to them and when they are home, we pray in the morning. After prayer we get a chance also to talk to each other. Also, my wife is around, so I spend quite a bit of time with her anyway because we both live in Abuja.  We live in Aguda House, where we see each other practically all the time. 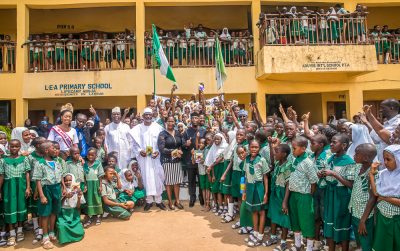 Osinbajospanked
Share
Subscribe to our newsletter
Sign up here to get the latest news, updates and special offers delivered directly to your inbox.
You can unsubscribe at any time

CJN: We’re on the same page with Buhari on anti-graft war

In Photos: Dino being wheeled to the hospital after mysterious abduction