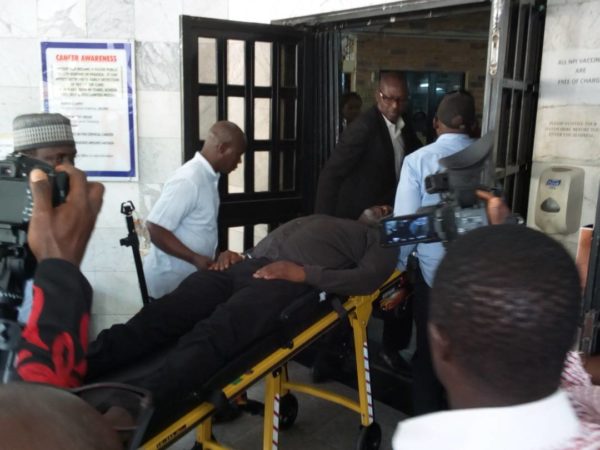 Reports reaching this newspaper indicate that unidentified persons whisked away Senator Dino Melaye from armed policemen taking him to Lokoja to face trial for allegedly supplying arms to two thugs.

According to eye witness account some unidentified persons blocked two police Hilux pick-up vehicles and prised the embattled senator away. They threw him into their van and sped off.

The armed policemen belonging to the Special Anti-Robbery Squad did nothing. Perhaps they were stunned to react.

The hijack drama lasted for a few minutes.

But in another curious twist, Melaye was said to have jumped off a police vehicle conveying him to Lokoja.

He was reportedly injured and now admitted at Zankli Hospital in Mabushi area of Abuja.