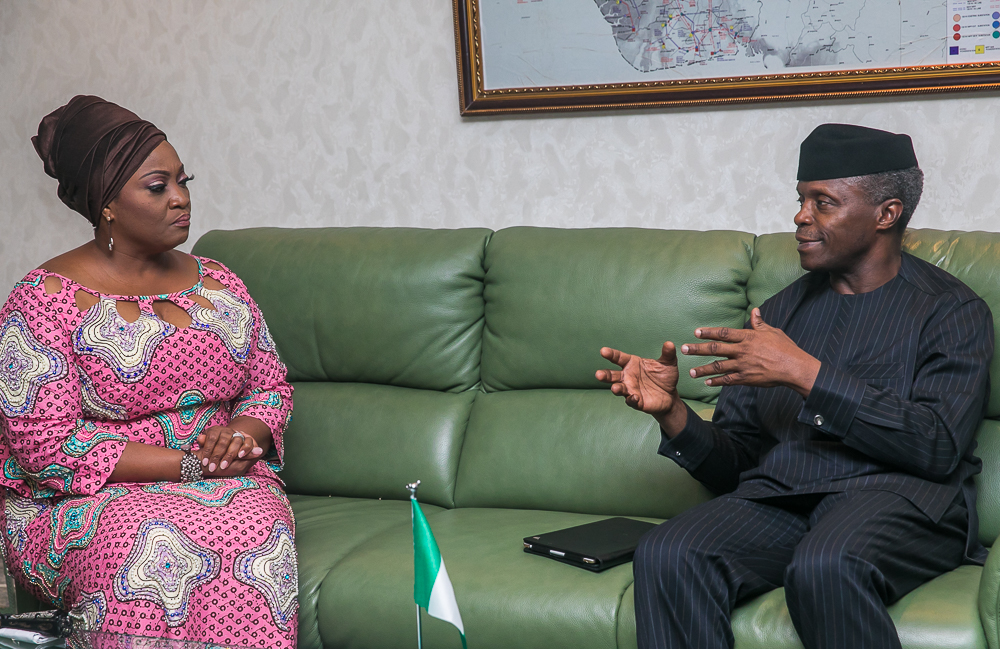 Vice President Yemi Osinbajo, SAN, on Monday received the Vice President of Liberia – Hon Chief (Dr) Jewel Taylor at the Presidential Villa, The Liberian Vice President who is attending a conference in the country, stopped by Aso Villa to discuss bilateral issues and express appreciation for the Federal Governments’s support to Liberia. Photos: NOVO ISIORO.

Jewel-Taylor was the former wife of war-lord and former Liberia president Charles Taylor.