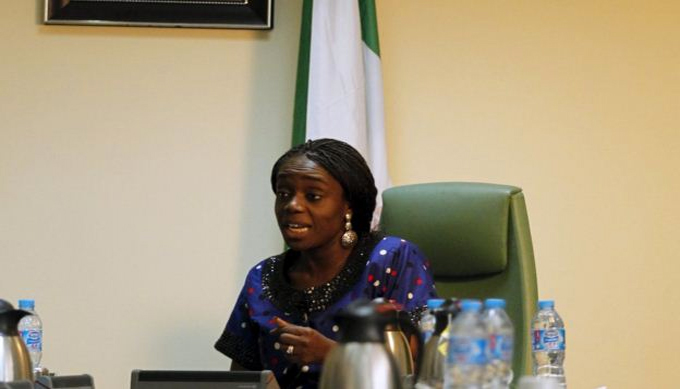 The minister of finance, Mrs. Kemi Adeosun has denied media reports that she blocked payments to some lawyers in the Abacha refunds issue.

According to her ” My attention has been drawn to false media reports of a “strongly-worded letter to the President” objecting to the payment of $16.9 million fees to two lawyers for the recovery of Abacha funds.

“Let me make this clear: the media reports claiming that I wrote to the President regarding the Abacha refunds are all false and should be disregarded. There is no controversy whatsoever regarding the recovery. The $322.5m received from the Swiss Govt  in December 2017 is with the Central bank.

The Minister wishes to dissociate herself and the Ministry from recent malicious and misleading media reports on the Abacha refunds. The Minister had at no time written any letter to the President or any member of the FEC on the payment of lawyers for the Abacha recovery, said a statement on her twitter page on Tuesday.

AbachaAdeosun
Share
Subscribe to our newsletter
Sign up here to get the latest news, updates and special offers delivered directly to your inbox.
You can unsubscribe at any time

Doctor forcibly removed from plane after complains of mosquitoes