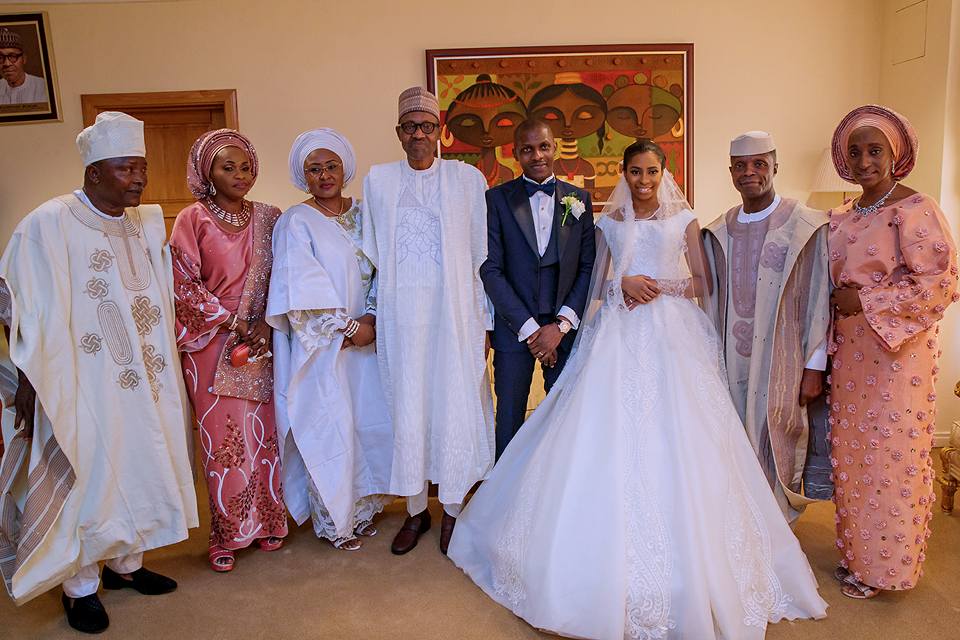 Vice-President Yemi Osinbajo celebrated his daughter’s wedding in a lavish ceremony on Saturday.

The momentous occasion took place in Abuja, with President Muhammadu Buhari in attendance and some state governors and top government officials. 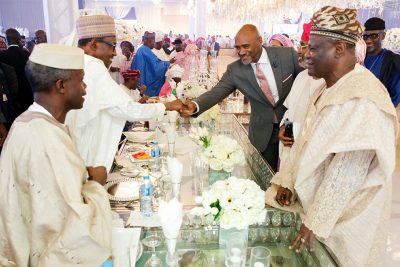 The who’s who of Nigerian politics and business gathered in the city, to celebrate the nuptials of Damilola Osinbajo Daughter of Vice President and Oluseun Bakare, son of multi-billionaire business woman, Bola Shagaya. 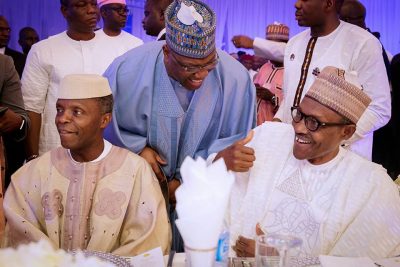 Security was tight with dozens of  police officers and soldiers deployed around the city, where separate activities and other traditional ceremonies leading up to  Saturday’s main event. 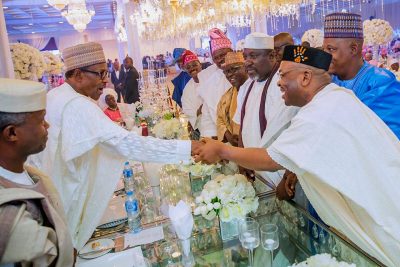 President Muhammadu Buhari accompanied by his wife, Aisha, were among top government functionaries, which included governors, National Assembly members and captains of industry.

The wedding service of Damilola and her husband, Oluseun, was held earlier in the day at the National Christian Centre, Abuja.

The reception took place at the State House Conference Center  of the Presidential Villa, Abuja. 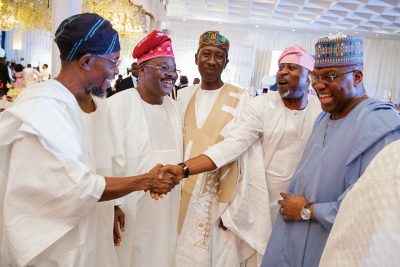 The wife of the President, Aisha who supervised the cutting of the cake?”, prayed that Olaseun and Damilola’s love will be enduring, adding that the Vice President’s daughter having been brought up by a top pastor will make a good wife.

Only official photographers of the President and Vice President as well as those official contracted to handle the event, were allowed to take photographs.

The Vice-President’s media team had earlier advised that journalists will not be allowed to “record or film the event.”

The media office promised to “share information and images-still and video -about the events later in the day.”

The only concession given was that “cameras are however welcome to record the arrival and departure formalities at the church.” 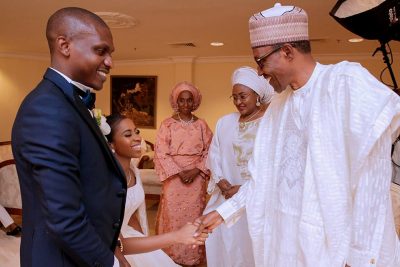 In some of the photographs later released by the President’s media office, Buhari and his wife were seen exchanging pleasantries with the new couple and posing for group photographs with the couple and their parents.

The President was also captured shaking hands with some state governors that included those of Akwa Ibom, Borno, Imo, Nassarawa, Ogun, Oyo, Osun and Ondo States among others.

Strangely, personal staff of the VP were barred from attending the wedding ceremony and offered giant screen TV’s to watch at the Vice President’s Aguda residence proceedings of the wedding, Per Second News gathered.

BuhariOsinbajoShagayaWedding
Share
Subscribe to our newsletter
Sign up here to get the latest news, updates and special offers delivered directly to your inbox.
You can unsubscribe at any time