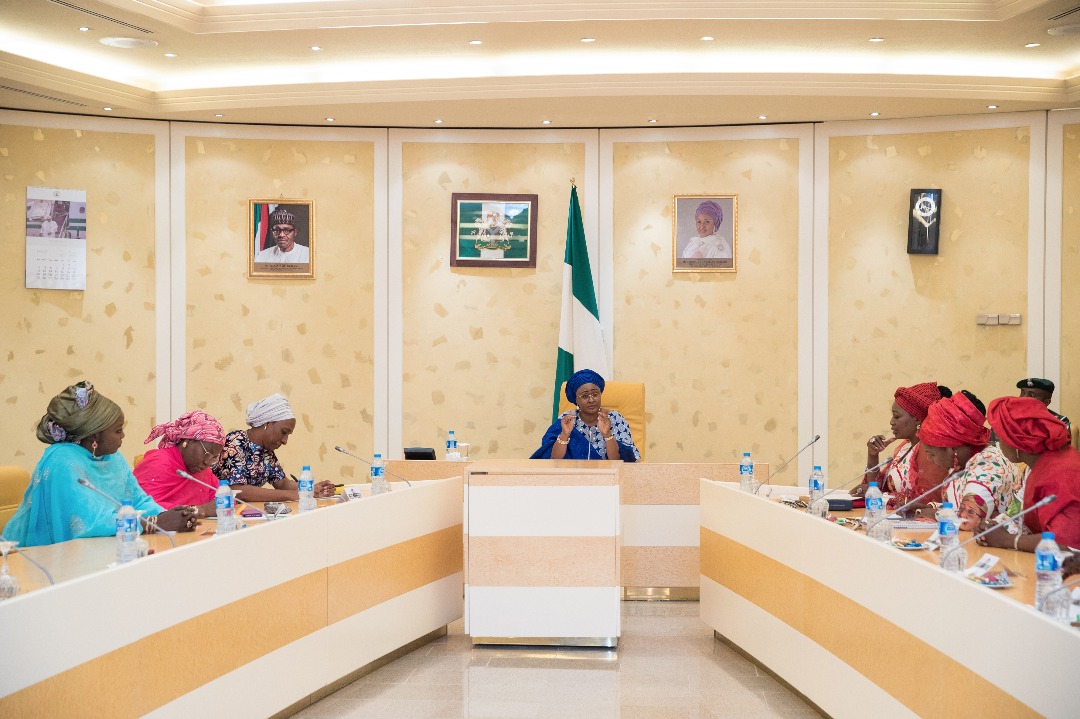 The role of women has been identified as one of the important determinants of development in any administration. This was made known by the wife of the President, Mrs. Aisha Muhammadu Buhari, while receiving All Progressives Congress (APC) state women leaders who paid her a courtesy visit on Monday, 5thMarch, 2018 at the Presidential Villa, Abuja.

Mrs. Buhari lamented the low participation of women in decision making bodies in the country, and called on more women to participate in politics so as to make it easy to actualize the 35% affirmative action. She called on women leaders to rally members to achieve this and encourage candidates with capacity for leadership and integrity to contest for elective positions.

She commended the women leaders over the unity they have exhibited, saying it has given her courage. “It is this unity that has led you to come up with a forum to speak with one voice” she expressed the hope that this unity will endure, even among women at the state level and at the grassroots.

She also called on them to continue to support the activities of the party, saying all the empowerment and medical outreach programmes she undertakes through Future Assured programme are not only to complement party manifesto but to ensure more inclusion and economic empowerment among women.

Speaking earlier, The APC Women leader FCT, Mrs. Hailmary Aipoh recognized the motherly role of Mrs. Buhari, saying they are proud to have her as mother of the nation. She said as mobilizers of women at the grassroots, they are witnesses to the good things she is doing especially to empower women. She expressed optimism that the party will succeed in executing its programmes and “very soon there will be testimonies from Nigerians” she said the leaders have resolved to continue to work together and support the good works of the ruling party.

Mrs. Aipoh led a team made up of women leaders from the 36 states.

Also speaking at the event, wife of the Vice President, Mrs. Dolapo Osinbajo commended the unity among the women leaders and urged them to continue to show good example by managing the affairs of women in their states well.

At the event were women leaders including the Deputy National Women Leader of the APC, Chief Tina Adike and wife of the Governor of Sokoto state, Mrs. Maryam Mairo Tambuwal.

Aisha Buhari
Share
Subscribe to our newsletter
Sign up here to get the latest news, updates and special offers delivered directly to your inbox.
You can unsubscribe at any time

Africa: A continent without democrats by Reuben Abati