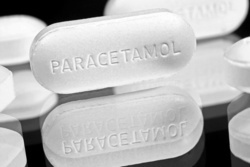 Next time you see the doctor about a sore throat they’ll probably say it needs treating not with prescribed antibiotics but simple over-the-counter paracetamol.

Evidence reviewed by the National Institute for Health and Care Excellence (NICE) and Public Health England (PHE) led them to conclude painful throats, including tonsillitis and pharyngitis, are often triggered by a viral infection of the upper respiratory tract and will get better without the need for antibiotics.

Professor Gillian Leng, deputy chief executive at NICE, says in a statement: “We are living in a world where bacteria are becoming resistant to antibiotics. It is vital these medicines are protected, and only used when they are effective.”

Most  sore throats are triggered by a virus, and get better without antibiotics after around a week. However, despite this, research suggests antibiotics are prescribed in 60% of cases and only shortened the duration of symptoms by about 16 hours over 7 days.

Instead of antibiotics NICE recommends paracetamol, or ibuprofen, for pain relief and fever, drinking plenty of fluids, and rest.

It says adults can try medicated lozenges, but these only reduce pain by a small amount, and no evidence has been found for the use of non-medicated lozenges, mouthwashes, or local anaesthetic mouth sprays (without an antiseptic) used on their own.

The NICE guideline says people who have a sore throat caused by streptococcal bacteria are more likely to benefit from antibiotics and they are necessary in cases where people are very unwell, have signs of a more serious illness, or are at high-risk of complications.

Professor Leng says: “The evidence shows antibiotics are not an effective treatment for the majority of sore throats. People who need them should be given them, and our advice will support those decisions. But it is clear that routine prescribing in all cases isn’t appropriate.”

This article has been Medically Reviewed by Dr. Sheena Meredith

Dr Sheena Meredith trained at the Medical College of Saint Bartholomew’s Hospital in London and gained her medical degree from London University.

paracetamolsore throat
Share
Subscribe to our newsletter
Sign up here to get the latest news, updates and special offers delivered directly to your inbox.
You can unsubscribe at any time