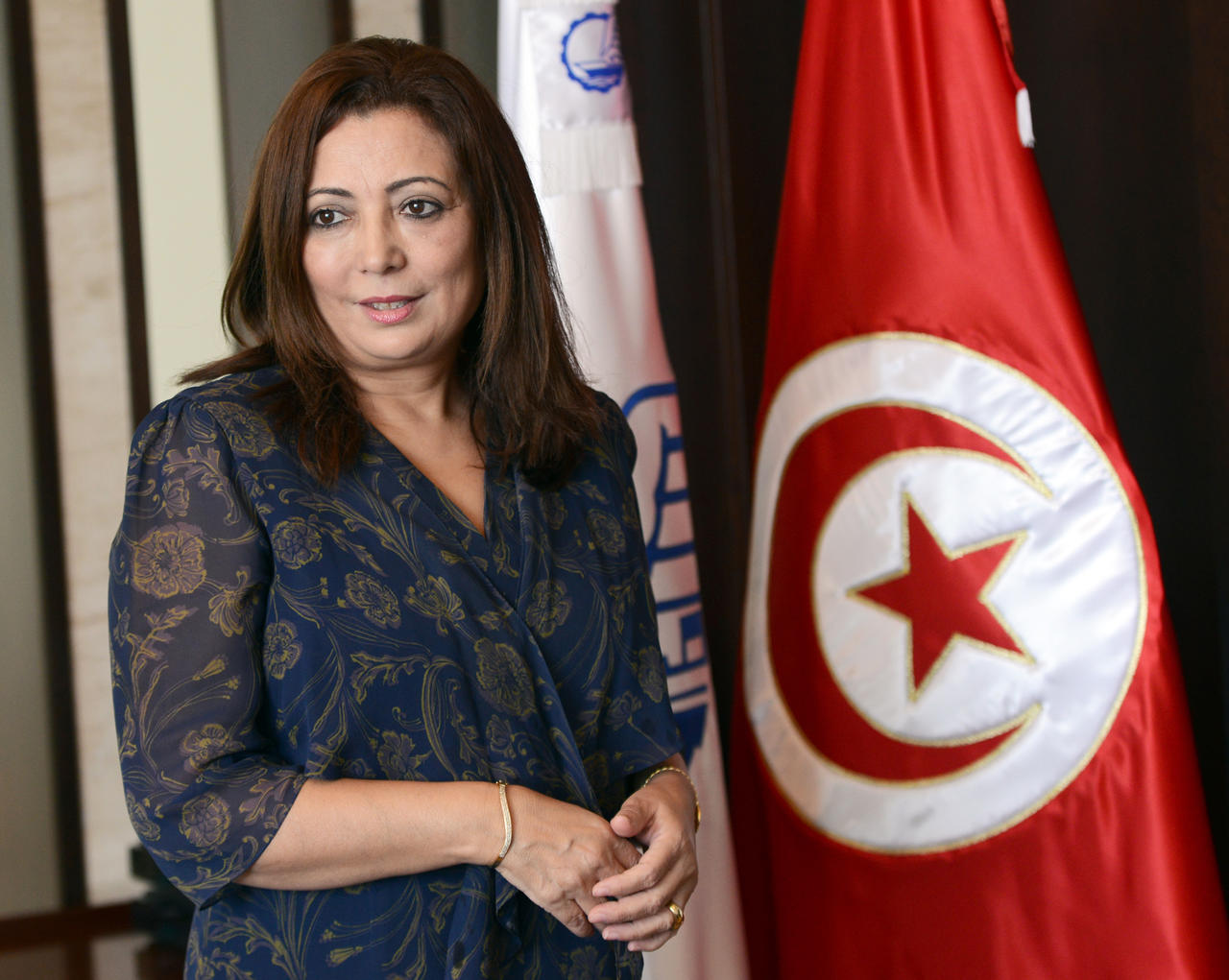 The 2015 Nobel Peace Prize Co-Laureate, Ouided Bouchamaoui, has warned that Africa’s growing youth population could be a plus for Africa or a political time bomb.

“My message is clear: let’s give priority to the youth, university cooperation, the development of initiatives, networking and institutional capacity-building,” she said, highlighting the need for African leaders to tap into the creative energy of the youth to pilot the projects of the future.

Bouchamaoui, made the remarks at the African Development Bank’s Eminent Speaker Series seminar on Monday, January 22 in Abidjan, Côte d’Ivoire, on the theme “African Cooperation: Dream or Reality?”, Bouchamaoui argued for a new vision for Africa that is hinged on modernity and progress that goes beyond economic development.

Bouchamaoui said integration should include partnerships in academia, the arts, entertainment, science, technology, governance and culture.

In her presentation, Bouchamaoui called for greater economic cooperation among African countries and a greater focus on academic and vocational training, scientific research, technology, government and culture, which she said had remained largely untapped.

“Africa bucks current demographic trends because 70% of its total population is composed of young people below the age of 25 years, representing a market of over one billion consumers. By 2050, this population is expected to soar to 2.5 billion inhabitants, of which half will be less than 25 years old; and by 2025 there will be 500 million more urban dwellers,” she said.

Bouchamaoui was the first woman elected to head the Tunisian Confederation of Industry, Trade and Handicrafts (UTICA). She was head of the organization in 2015 when the Tunisian National Dialogue Quartet, which UTICA had formed with the Tunisian General Labour Union, the Tunisian Human Rights League and the Tunisian Lawyers Association two years earlier, won the Nobel Peace Prize.

The Quartet organized negotiations between Tunisia’s political parties to ensure a successful transition following the “Arab Spring” that led to the fall of President Zine Abidine Ben Ali.

The first step, she said, is to engage in active and massive training of the youth. She also advocated for the establishment of strategic partnerships among African universities as a key to strengthening intra-African bilateral and multilateral relations.

Bouchamaoui observed that leaders must invest in the acceleration of a Digital Africa to help create smart economies, smart cities, smart countries, and subsequently a smart continent.

According to the Nobel Co-Laureate, online learning remains a formidable tool for pooling energies and building bridges of innovative education for the benefit of African students. She reminded the audience that Africans in the diaspora are key to consolidating the linkages between African countries.

In her view, African cooperation and integration is possible.

Ouided Bouchamaoui was voted Best Business Woman of the Arab World in 2013 under the auspices of the G8 Deauville Partnerships, and awarded the Business for Peace Award in 2014.

In addition to the Nobel Prize, in January 2015, the Tunisian President, Beji Caid Essebsi, decorated Bouchamaoui with the Grand Officer of the Order of the Republic – First Class. In the same year, His Majesty, the King Carl XVI Gustaf of Sweden, decorated her with the Royal Order of the Polar Star. A month later, former French President François Hollande conferred her with France’s Legion d’honneur.

The African Development Bank’s Eminent Speakers Lecture Series was launched in 2006. Its goal is to provide a platform for a robust exchange of ideas to meet the challenges of African development.

Africa
Share
Subscribe to our newsletter
Sign up here to get the latest news, updates and special offers delivered directly to your inbox.
You can unsubscribe at any time

Obasanjo says Buhari’s presidency has been a spectacular failure