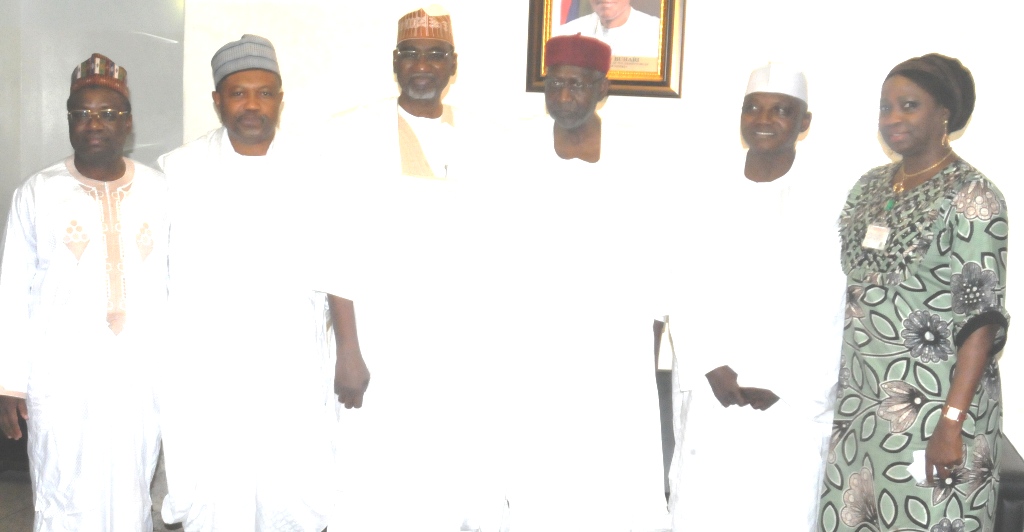 President Muhammadu Buhari’s appointment of Mr Ahmed Rufai Abubakar as the new director general of the National Intelligence Agency (NIA),  has provoked chorus of outrage from the public and officials of the security and intelligence community in particular.

But presidential aides and staff of the State house are not part of those singing in the choir, as most said he’s not only competent but also the best pick for the job.

According to  Mrs Abike Dabiri-Erewa, SSAP on Diaspora ”When he was appointed, I got a text message from someone who said: a Yoruba man was removed from office and now a northerner has been appointed in his place, what kind of thing is this?

”I replied: If it is this Rufai that I know and have worked with, honestly he is the best person for the job and I really don’t care where he comes from, and that ended the conversation,” she said at a send-off  gathering organized by staffers to the newly-appointed Director-General of National Intelligence Agency (NIA), Mr Ahmed Rufai Abubakar.

”I met him for the first time in this office after my appointment as Chief of Staff, Mallam Abba Kyari.

”I do not think his elevation will deny us the opportunity of still working together. During his stay here, he distinguished himself as a patriot and he brought his wealth of experience in working with international organisations to bear on his work.

”At any given time, even at late hours, Abubakar was always ready to give his best. He was committed,” the Chief of Staff said.

The SSAP on Media & Publicity, Mallam Garba Shehu said it was regrettable that the new DG of NIA had been maligned by a section of the media following his appointment.

”Ahmed Rufai Abubakar is a perfect fit who is most qualified for the job. He has occupied various top public offices in the agency in the course of which he received several awards. He left voluntarily to go to the United Nations as a Director.

”When he retired, he was appointed as a senior adviser in the Multinational Joint Task Force (MNJTF) regional coalition of countries for the fight against Boko Haram and other trans-border security threats in the region. There is no doubt at all as to Mr. Abubakar’s qualifications for the job and that is what is most important,” he said.

Also speaking, the State Chief of Protocol, Amb. Lawal Kazaure, advised  the former presidential aide to surround himself with the ”right advisers.”

”Do not have people who tell you what you want to hear around you but those who will tell you the truth dispassionately, ” Kazaure said, urging other staff members to continually pray for the new DG.

For the Permanent Secretary, State House, Mr Jalal Arabi, the civil service has gained richly from Abubakar’s wealth of experience.

”Hardwork was Ahmed Rufai Abubakar’s middle name during his period at the State House. Please, I want you to be guided by your conscience and philosophy in your new assignment, ” he said.

A steward, Sule, recounted that his over two-year stint with his principal was devoid of rancour, query or any ill-feeling. Sule jokingly told his former boss: ”I will not forget your kindness to us. Please do not forget us in your new office.”

”I am emotion-laden for so many reasons and I thank you for what you have said about me. The best I could have done in my life is to serve the President and the nation, said Abubakar.

Abubakar’s appointment has continued to elicit negative reactions from the intelligence community in general and the NIA in particular.

Some concerned citizens and groups Wednesday wrote to the Security and Intelligence committees of the Senate and House of Representatives, demanding a scrutiny of Mr Abubakar.

ErewaNIA
Share
Subscribe to our newsletter
Sign up here to get the latest news, updates and special offers delivered directly to your inbox.
You can unsubscribe at any time