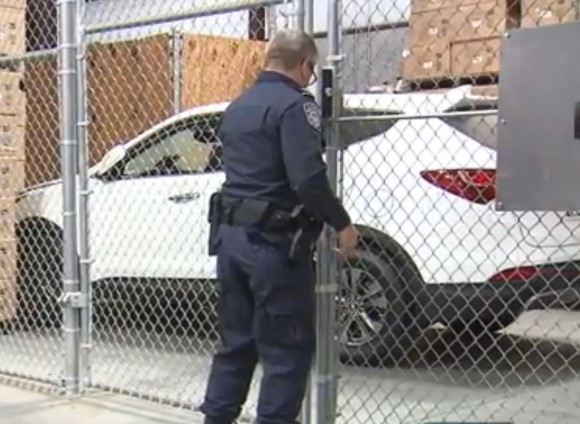 Border protection agents say 16  stolen vehicles, including a  Cadillac Escalade, a 2017 Infinity QX80 and and a 2018 Mercedes GLE were among vehicles bound for West Africa recently intercepted by border U.S patrol agents.

The cars have been recovered at the Port of Norfolk, where they were to be shipped to Africa.

Authorities say two of the cars were headed to Abidjan, Ivory Coast, and one to Lagos, Nigeria.

Since Oct. 1, U.S. Customs and Border Protection (CBP) officers have seized vehicles from the Port of Norfolk totaling $691,000, including nine in the month of December.

“We are always looking at vehicles every single day,” said Chief Louis Rossero. “We have officers at every single terminal working around the clock.”

Officers say they recovered several high-end models stolen out of the Detroit and Chicago areas..

Thieves will target these high-end cars for the profit margins, with cars going for well above the usual market price in the U.S. Supply is low and the demand is high for luxury vehicles in Africa, according to a spokesman with the National Insurance Crime Bureau who spoke with journalists.

Thieves will sometimes try to change vehicle identification numbers (VIN) and create fraudulent titles to ship the vehicle, according to experts.

Rossero says tracking down the people who stole and shipped the vehicles is not easy.

“A lot of it is offline money transfers and those types of things … and trying to trace the money is always the biggest portion of it,” Rossero said. “It’s very time-consuming. It’s very difficult for the investigators.”

The days of simply hot-wiring a car are largely in the past, with new car technology such as GPS tracking and engine shutoff without a key or fob deterring many potential criminals. Many times nowadays, lower-level thieves will carjack the owner and sell the vehicle up a chain of command.

“We work with various federal, state and local law enforcement authorities to ensure unauthorized exports are not allowed to leave the country,” said Mark J. Laria, CBP Area Port Director. “CBP is the last line of defense in the export control process, and we do use our authority to inspect, search, detain and seize goods being exported illegally or without proper authorization.”