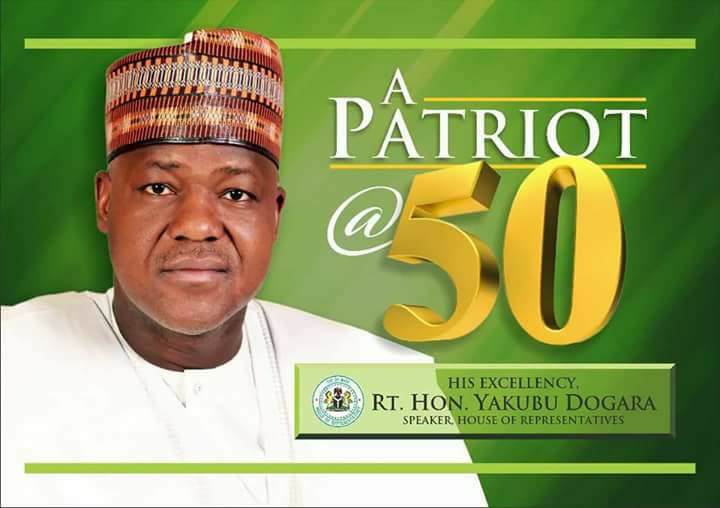 Speaker House of Representatives, Yakubu Dogara, came close to resigning over accusations that he was ‘chopping alone’ as House Services Committee chairman at the 7th Assembly.

Faced with enormous pressure from fellow members who alleged that he was not carrying them along, Dogara offered to give up the chairmanship position, said Hon Bimbo Daramola, in a tribute to Mr. Yakubu Dogara, as he turns 50 years.

An aggrieved member yelled furiously at me “Bimbo! Bimbo!! “Your friend is going today and there is nothing you can do about it, How can a man who doesn’t drink, smoke or womanize be the Chairman House Services?… ‘ Tambuwal (Speaker at the time) will have to choose between all of us and Dogara!!..he sauntered away to mean the die is cast; join us and stay afloat or sink with Dogara, he threatened.

The House Services Committee in the National Assembly is a huge, juicy committee otherwise called the speaker or leaderships committee. It’s membership is a privilege and the chairman is usually a confidant of the speaker and by extension the leadership.

The chairman supritends over all expenses of the house of representatives in conjunction with the Clerk and the leadership, and over the preceding years and assemblies the House Services Committee has acquired a notoriety of unimaginable proportions.

According to Daramola who was a member of the 7th Assembly, ” Sometime in July 2014 at the House Services Committee Meeting Room inside the National Assembly, two furious members pulled me aside before the committee meeting that bright afternoon ahead of the announced House Services Committee meeting and sought to recruit me into the well rehearsed plan to make that session a rowdy one and where we will move for the removal of the chairman of the committee, the then Hon Yakubu Dogara.”

“The coupists wanted me to lead because in their words I have the “weight” to move the plot and the zeal to see it through because of my “believability quotient”.

“I asked why? “So this afternoon was going to be judgement day for Dogara! His head going the guillotine . Reason? He had been ‘chopping alone’, according to some members. ”

So as somebody who had related with me more closely than every average member of the 7th assembly it was my lot to lead and put the axeman noose around somebody I call ” Danwa” meaning my brother in Hausa.

“As a mark of last minute regard for His person, Our friendship and above all relationship, (I’m a die hard relationship person) I owed him a chance to hear his own side of the story without compromising the trust reposed in me by the other members of the committee who seriously had made up their minds that Dogara had to leave!

“So just before he mounted the chair ; and he has a way of walking stealthily ! I called out Danwa beri n gan ka!

“He said Tau Danwa! Apparently at this time he had perceived that this was not going to be another peaceful meeting.” 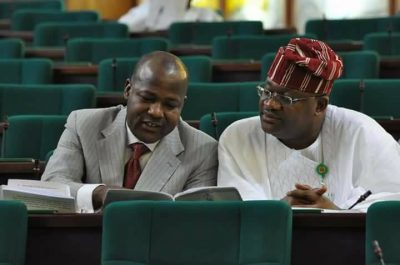 “I asked him pointedly Danwa have you been chopping alone?….he took one deep long look at me and said Danwa inaaa! Meaning my brother it’s not true!

“He went on to say since I have been on this chair for about two years I have deliberately stayed out of contract awards; all I do is sign the remuneration of members and other office equipment needs of members are left to the procurement unit of national assembly. I have not influenced one!

“He looked into the hall that was getting filled with angry members baying his blood.”

“He said to me Danwa I’m even tired sef! I will try and explain to them and if they are not satisfied I will resign today !

“Resign? From Chairman House Services? I said No you won’t since your hands are clean.”

“He took his sit to preside; called the house to order and was going to proceed with the agenda when members started and one said Mr chairman , what is the problem ?

“He made a weak attempt to speak , other members won’t let him, I stood up to defend and I was booed with nay! nay!! nay!!!. The first time and the last time in my 4 years at the parliament.”

“When things won’t settle, he began to pack his files to leave not before hitting the gavel to arrest attention. And he said well since you don’t want me to explain; please pick one member each from the zone and let us go to Speaker (Tambuwal) and I will ask him to change me. Members agreed.”

“The meeting ended abruptly and five other members joined me and we were going to the speaker when we learnt he was not around , Dogara said we will go see his deputy (Emeka ihedioha).”

“We got to his office, he was startled, offered us seats and nobody took the offer. While standing Dogara told the Deputy Speaker that member  were anry that he had not dispensed favours to them and he wants to quit.”

Emeka ihedioha now asked the chairman to open the books and he promptly did and corroborated the fact that no contracts had been awarded to date.

“When it was my time to speak I pleaded with our colleagues and sought their understanding for this dispensation ; and that we cannot afford to do things like ones before because Nigerians were angry and the only way to gain respect for ourselves and the 7th assembly was to do things better than the ones before us.”

On this note the Deputy Speaker asked that they should sheathe their sword and he will discuss with the then Speaker Tambuwal about the grouse of members of that committee but in the meantime let Dogara keep his position. That rested the matter till the end of our tenure.

“I have so many recollections of this golden boy of today that time and space will not permit me to bring up, but all will arrive at a man of character! Dogara is !

“He could be taciturn and withdrawn ; he is a believer in moderate lifestyle and living, like my friend said ” a man who doesn’t smoke; drink or womanise is a bad man, to the contrary this is a man with unusual predilections and has a clear idea of his values and anything that runs contrary to his xtian belief and fate in God ; Dogara abhors.

“On the floor his presentations are so apt and focussed, to lend credence to a man who loves justice and fair play and fairness Dogara moved and championed the competition bill that will make the environment equitable for everybody.”

“Those times after sitting; Dogara will first and foremost head home and won’t come out until 9pm to meet his friends , he has a huge and vast array of friends across this nation on his account of principle and justice.”

“Whatever Dogara believes is the right thing to do ; he spares no odd to do it.

“I recall whenever I have matters of national importance to raise and I speak passionately about it on the floor he will say Danwa weldone ;kai this people …do they really love this country?

Everything Dogara does he situates in the context of the well being and wellness of our Nation and her people.

When he contributes on the floor or in a discussion he will always end up with Kai how will this country excel like this?

“A family man and profound lover of his family and friends ; Dogara is a “relationship man”, only recently he said Danwa I am going to Ekiti for a friend’s fathers burial mu je. He had never told me he has a friend that close in Ekiti. We did. He stands by his friends but shies away from been seen or praised.

“As the 8th assembly was about to be birthed , I must have been one of the last persons he saw before proceeding to his state of birth Bogoro in Bauchi state, as we sat inside his corrolla car at Rockview hotel ; and about to depart, him to Bauchi and myself to Ekiti; he prayed May God give us victory at this election and we make it back to the house; he said we will do all we can to make a long lasting impact in the nation and help Nigerians to appreciate what the parliament can do in nation building.

“Well God answered the prayers. He came back elected and became speaker ; and by design of God I came back too but in a different capacity. Indeed he was the last word in the acceptance of my present position.

“As he clocks 50 today my greatest wish is that his desires for Nigeria will be realised. That as a beacon in our generation he will succeed and parliament particularly will get a new gusto to push and achieve all that this well travelled urbane; modest; cerebral and calm personality desires for our great nation.

“I join many others friends and family to wish my Danwa a very birthday and many years of productive service to a country he loves very dearly.

“I’m happy to call you a friend ; adore you as a brother; respect you as my boss and share with you the love for our country and concern for our countrymen.

DaramolaDogaraHouse of Reps
Share
Subscribe to our newsletter
Sign up here to get the latest news, updates and special offers delivered directly to your inbox.
You can unsubscribe at any time

NNPC To Marketers: We supply products despite your N24.7b debt