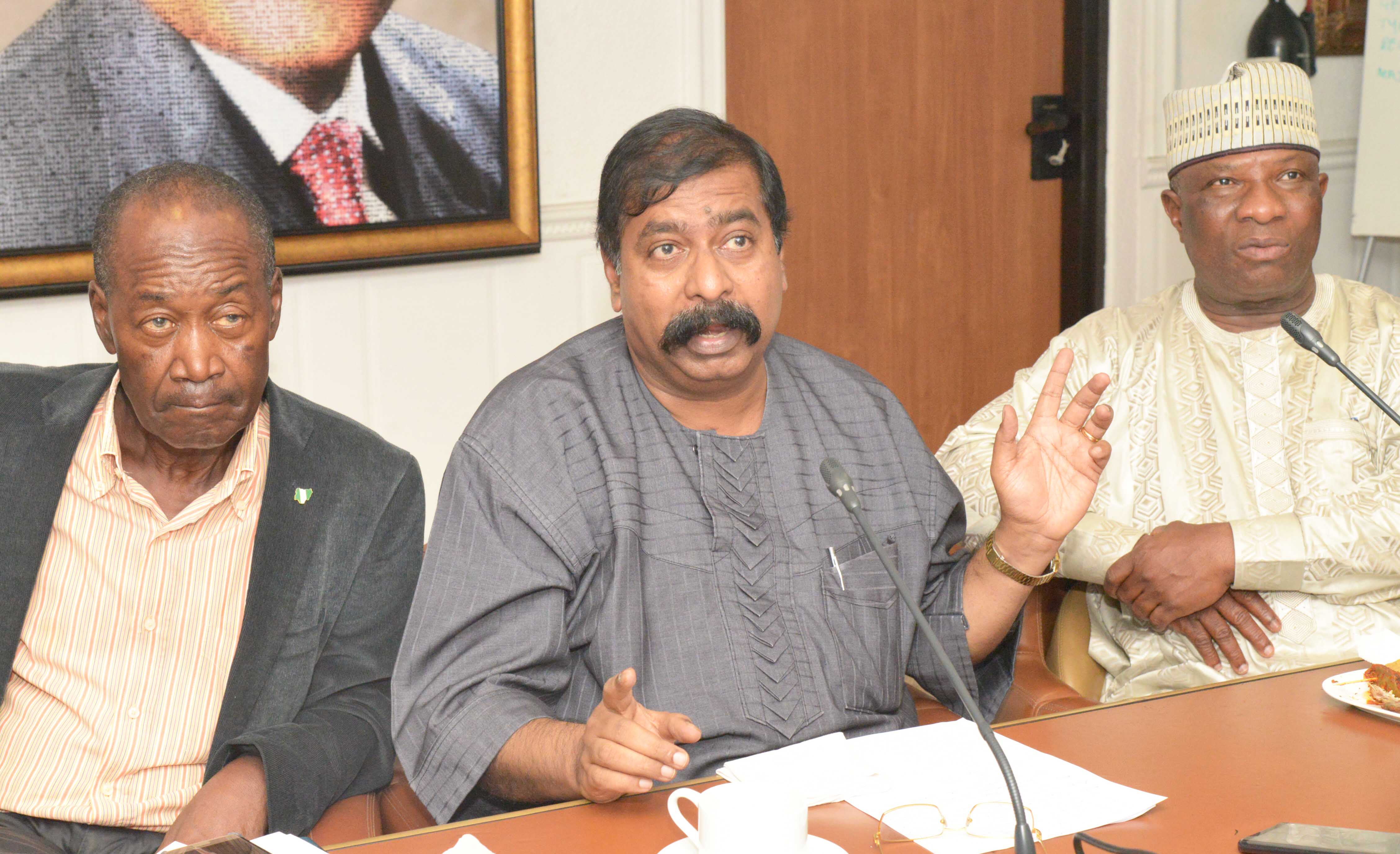 Limestone belonging to Dangote Group at the contentious Mining Lease No. 2541, which included potentially billions of dollars worth of property, was stolen in a major armed robbery operation by BUA group, says Dangote management over the week-end.

In what has been dubbed a “spectacular heist” reminiscent of any number of B-rated Hollywood action movies, an army of heavily armed gang, has constantly targeted Dangote’s mining sites, according to the Dangote group management.

The crocodile tears being shed by BUA in its cry for help and open letter to the President is most laughable and a total distraction from BUA’s continuous illegal activities within Dangote’s ML 2541 aimed at depleting and exhausting the limestone reserves in order to sabotage Dangote Group’s legitimate investment, said Dangote’s Executive Director, Mr. Devakumar Edwin.

“It is therefore appalling that BUA Group in the midst of these overwhelming facts will still want the public to believe that Dangote Group is after its business when in actual fact BUA has been the one mining illegally in Dangote Mining Lease and attacking its officials without any justification, he said.

Edwin accused BUA of  coming like a thief in the night armed to illegally steal limestone deposited in its Mining Lease No. 2541, located in a boundary town of Oguda/Ubo in Okene Kogi State.

After stealing limestones, the BUA group has managed to get away without a glitch.

He frowned at the media war, instigated by BUA against the Dangote Group, over a matter which is already pending before the Federal High Court, Benin Division

Edwin revealed that: “Dangote Group validly acquired its interest and mining title in the disputed Mining Lease No. 2541 from AICO Ado Ibrahim & Company Ltd sometime in 2014. AICO itself had applied to the Mining Cadastre Office and Ministry of Mines and Steel Development for the said Mining Lease No. 2541 located in a boundary town of Oguda/Ubo in Okene Kogi State in 2007.

The Ministry in exercise of its power under the Nigerian Minerals and Mining Act, 2007 granted and issued to AICO ML. No. 2541 for the renewable period of 25 years effective from 1st February 2008 and to expire on 31 January, 2033. Thus AICO by virtue of the said grant, became vested with the legal title over ML. No. 2541. In 2014, the Dangote Group approached AICO and indicated interest in acquiring AICO’s stake in ML No. 2541. In 2014, AICO in exercise of its right under the Mining Act, applied to the Ministry for the transfer of its title in the ML No. 2541 to Dangote Group. AICO and Dangote Group equally paid all the transfer and statutory fees demanded by the Ministry.”

He said even BUA in its process in Court acknowledged that these illegal mining leases which it claimed were granted in 1997 were temporary mining leases.

Edwin also recalled that the then Minister for Solid Minerals under Olusegun Obasanjo’s regime, Dr Oby Ezekwesili sometime in 2006 waded into the dispute and invited the managements of Edo Cement Company Limited and AICO Ado Ibrahim & Company Limited for a meeting and that in the course of the meeting the then Minister again queried the legality of Mining Lease Nos 18912 and 18913 and the power of the Governor of Edo State to grant such mining leases.

“At the end of the Meeting, the Minister declared the Edo Cement’s Mining Leases Nos. 18912 and 18913 illegal and declared the mining site open for interested investors. Given that AICO’s then existing Mining Lease No. 17825 was yet to be renewed even though application for renewal was pending, AICO in 2007 (under the Mining Act, 2007) applied for the fresh Mining Lease No. 2541 and the Ministry granted it in 2008 without any objection from Edo Cement Company” Edwin said AICO, who sold the right to Dangote, continued its mining operations in the Mining Lease No. 2541 undisturbed until BUA Group acquired Edo Cement Company Limited and resuscitated the dispute again.

Edwin further revealed that it was the attempt by BUA to encroach on AICO’s mining title in Mining Lease No. 2541 that prompted AICO to write to the Ministry in 2015 complaining of BUA’s encroachment.

He said: “The Ministry after investigation in the same 2015 by the letter dated 21 January 2015 wrote to the Chairman of BUA Group directing BUA to stop mining within the ML. No. 2541. It was this same letter from the Ministry that prompted BUA to file a Suit at the Federal High Court Benin in 2016.”

BUADangoteLimestone
Share
Subscribe to our newsletter
Sign up here to get the latest news, updates and special offers delivered directly to your inbox.
You can unsubscribe at any time