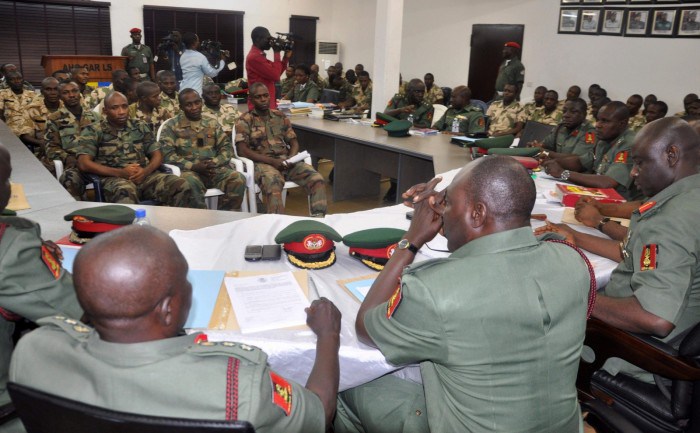 Lance Corporal Godwin was charged with murder, which is punishable under Section 106 (a) of Armed Forces Acts (Cap A20), Laws of the Federation of Nigeria (LFN) 2004, for killing five rescued civilians in Yamteke town of Borno State.

The civilians were those earlier rescued by troops of the soldier’s battalion and were later taken for investigation during which the condemned soldier shot and killed five of them.
Similarly, Sergeant Innocent Ototo, was sentenced to life imprisonment for manslaughter after torturing and killing a 13 year old boy, who he accused of having stolen his phone.

In the same vein. Lance Corporal Benjamin Osage and Private SundayOnwe were sentenced to 20 years imprisonment each for offences bordering on manslaughter and illegal possession of fire arms and ammunition.
A statement by the Deputy Director, Army Public Relations, 7 Division, Colonel Kingsley Mfom Samuel quoted the President of the Court Martial, Brigadier General Gbenga Olusegun Adesina, as having said that the offences run contrary to the Nigerian Army’s Rules of Engagement (ROE) and also against the Nigerian Laws and Geneva Conventions which Nigeria is signatory to and which the Nigerian Army as a professional Army holds in high esteem.

Military CourtNigeria
Share
Subscribe to our newsletter
Sign up here to get the latest news, updates and special offers delivered directly to your inbox.
You can unsubscribe at any time