Close cooperation key in fight against growing storm of terror in region, says Buhari in Jordan 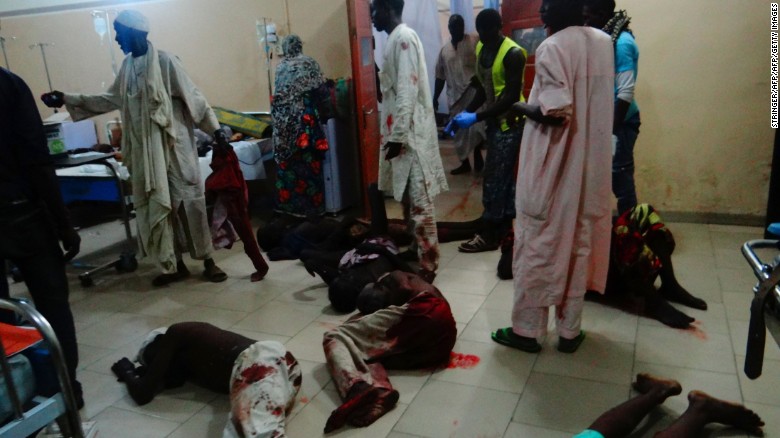 President Muhammadu Buhari has said that regional cooperation is now needed more than ever to combat the world-wide threat of violent extremism.

Speaking at a bilateral meeting with King Abdullah II of Jordan, President Buhari stressed that inter- regional cooperation and information sharing was the only way the evil of terrorism can be curtailed.

Earlier this month, a study found that the majority of suicide bombers used by Boko Haram to kill innocent victims are women and children.
Researchers at the Combating Terrorism Center at West Point and Yale University analyzed the 434 suicide bombings carried out by Boko Haram since 2011, and found that at least 244 of the 338 attacks in which the bomber’s gender could be identified were carried out by women.
Don't Miss

Jan 30, 2023
The ISIS-affiliated insurgent group’s use of women as bombers increased after the abduction of 276 female students aged between 16 and 18 from their school dormitories in April 2014. It has sent over 80 women to their deaths in 2017.

President Buhari used the opportunity of the meeting to thank the Jordanian King for his constant support and assistance to Nigeria especially with the recent donation of armoured vehicles and other military equipment to further bolster the war against terrorism and insurgency in the country.

In his remarks, King Abdullah II advocated broader measures especially the use of cybersecurity in checking the influence of terrorists. He pledged the continued support of the Kingdom of Jordan to Nigeria in his war against violent extremism.

BuhariJordanTerror
Share
Subscribe to our newsletter
Sign up here to get the latest news, updates and special offers delivered directly to your inbox.
You can unsubscribe at any time