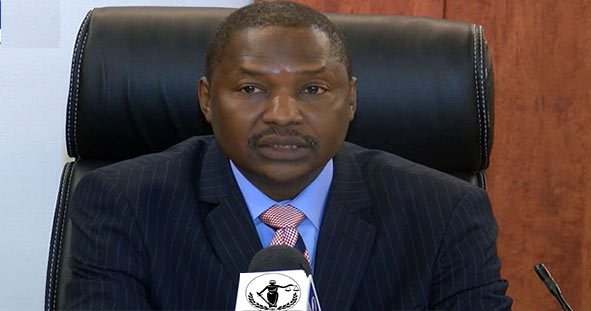 [dropcap]P[/dropcap]lot by some insiders in the President Muhammadu Buhari’s administration to literary push out the Attorney General of the Federation, Abubakar Malami from the regime is gathering fresh momentum, Per Second News can reveal.

Sources within the Presidency confirmed some highly placed individual within the corridor of power is behind the scheming which has found fresh fuel in the ongoing impasse over the re-instatement of discredited pension reform task force chairman, Abdul Rasheed Maina.

Under the well-choreographed format, in the days ahead, statement purportedly issued by him would be syndicated across traditional and social media platforms. This would be followed by swift calls for his removal by a barrage of nondescript NGOs and civil society organization who would out rightly accuse him of embarrassing the Buhari government.

True to the game plan, some group has issued statement calling for the removal of the attorney general and checks conducted reveal that the action of was part of the grand design to get the minister fired.

Investigation revealed that the group working with some non-governmental organizations have set alarm bells ringing with a series of provocative statements meant to put the minister in bad light. The League of Patriotic lawyers last week also called for the resignation of the minister over the Maina issue.

Despite repeatedly saying that the letter directing the reinstatement of Maina, did not emanate from his office, the attack against him has increased.

The fresh plot is by coalition of civil society organizations in way of petition and protest against the minister.

According to our findings, the persons behind this plot are individuals who have constituted themselves as merchants of blackmail going about to intimidate public servants with fictitious claims of corruption.

The group claimed that the attorney-general has been the one shielding Abdulrasheed Maina, from arrest by the Economic and Financial Crimes Commission, EFCC.  Mr Maina the former Pension boss is wanted for alleged pension fraud and is currently on therun from the anti-graft agency, EFCC.

But, the Director General of the State Security Services, Lawal Daura, on Thursday revealed that no agency, including the EFCC, wrote the SSS seeking to arrest Mr. Maina.

AGFMainaMalami
Share
Subscribe to our newsletter
Sign up here to get the latest news, updates and special offers delivered directly to your inbox.
You can unsubscribe at any time

Close cooperation key in fight against growing storm of terror in region, says Buhari in Jordan