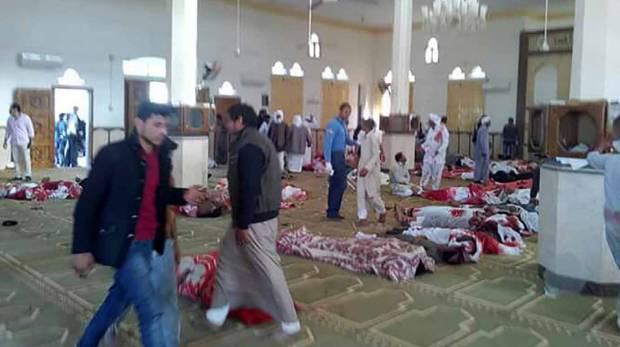 Al Sisi declared three days of mourning would begin on Saturday, the day after the gun and bomb assault on the Al Rawdah mosque, roughly 40km west of the North Sinai capital of Al Arish.

In a televised speech the president pledged to “respond with brutal force”, adding that “the army and police will avenge our martyrs and return security and stability with force in the coming short period”.