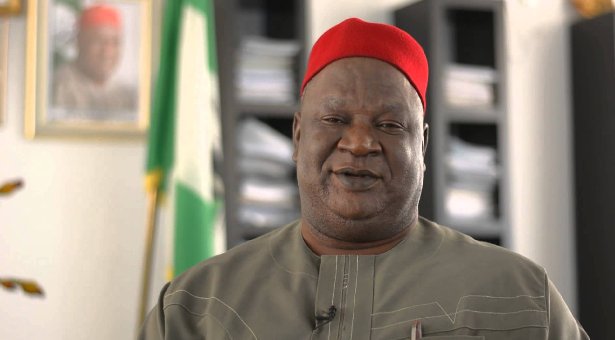 Constitutional Lawyer and Human Rights Activist, Chief Mike Ozekhome, SAN, has raised  the  alarm that former Secretary to the Government of the Federation, Senator Anyim Pius Anyim was still being detained in EFCC Gulag, days after planted reports in the media by the commission claimed that he has been allowed to go home on administrative bail.

Our attention has been drawn to carefully planted false and misleading reports published in various online and newsprint publications to the effect that Anyim has since Wednesday 22nd November, been released by the EFCC on administrative bail. “This is a lie from the pit of hell.

Those false reports that credit their source to unnamed sources within the EFCC have continued to circulate throughout Thursday and Friday with intent to deceive the world and divert its attention from the gross abuse of the fundamental rights of Anyim who has been kept under inhuman and degrading conditions for this unconstitutionally lengthy period.

“The truth is that Anyim is still held in EFCC custody up till this minute in spite of fulfilling all administrative bail conditions including deposit of his international passport, and being compelled under duress and undue influence to sign all manner of self-incriminating and property stripping documents against his will.

AnyimEFCC
Share
Subscribe to our newsletter
Sign up here to get the latest news, updates and special offers delivered directly to your inbox.
You can unsubscribe at any time