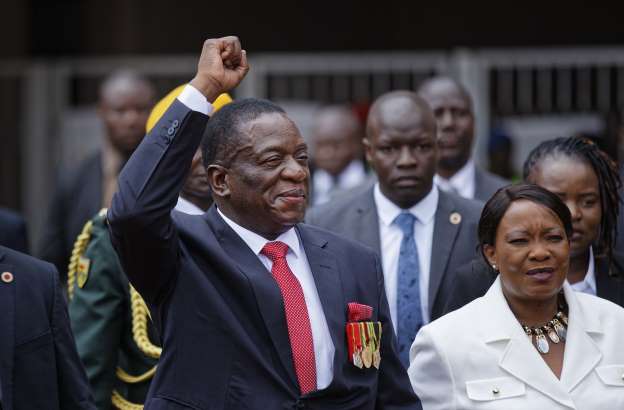 Emmerson Mnangagwa has been sworn in as Zimbabwe’s interim president, following Robert Mugabe’s resignation this week after nearly four decades of rule.

Tens of thousands of people filled the cavernous National Sports Stadium in the capital, Harare, cheering and dancing, and waving national flags as the former vice president was inaugurated, in scenes resembling a football match.
“I, Emmerson Dambudzo Mnangagwa, swear that as president of the republic of Zimbabwe I will be faithful to Zimbabwe and obey, uphold and defend the constitution and all other laws of Zimbabwe,” he said, taking an oath of office.
He swore to “protect and promote the rights of the people of Zimbabwe,” a promise that was met with wild applause by the crowd, many of whom had lived under Mugabe’s entire oppressive rule.